Home Entertainment If Davido & Wizkid Were To Retire, who takes over from them.
Entertainment 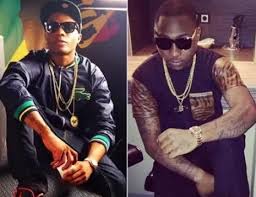 The Music Industry is a dynamic one where every year there is an evolution. We could have artistes like Mayorkun reigning this year and next year have Ycee blowing up the place with vibes.

And as the elders say ?

Unto everything that has a beginning, there will surely be an end.

Ten years ago, we had artistes like D’Banj and 2face dropping hits and winning awards at home and abroad.

2011 came and we had a massive influx of artistes especially from the pop genre. Wizkid came on board and he wasn’t the only one, however. That year, we also had Tiwa Savage (who just came back from the States), Olamide, who had the most viral rap single that year (Eni Duro) and also Ice Prince.

These guys were the new cool, dropping hits upon hits and also establishing the most loyal fan base.

However, in 2012, we saw the glow up of Davido bursting into the scene with his noisy and yet attractive music, Davido was able to get the attention of music lovers with Dami Duro.

Dami Duro was everywhere and this made everyone compare Davido and Wizkid. It has been more than six years since Davido & Wizkid came on to the scene. Young guys have turned men now.

They’ve made themselves the “Messi and Ronaldo” of the Music Industry.

They’ve been extraordinary and while they have both had their highs and lows, they’re currently at the peak of their careers. While in football, we once had Ronaldinho, Zidane and Ronaldo De Lima being replaced by Messi, Ronaldo & Neymar, in a few years, these guys will phase out to be replaced by another group of players.

That’s what will happen soon in the Nigerian music Industry. Davido has reiterated that he will retire when he’s 30, Wizkid has also claimed he won’t do music forever.

But the poser is when these artistes retire, who will replace them?

Wizkid & Davido are known for their hardworking spirit, shutting down shows, catching studio sessions and are also fathers to many kids. Who can juggle between these duties?

I guess we might just continue to enjoy these guys for the time being. There might not be anyone who will take over from them in the next decade.

No one might definitely come close to their level or match their artistry. It’s a blessing we have them in our industry.

But Who Really Can Take Over From These Two In The Next Few Years?

If Davido & Wizkid Were To Retire, who takes over from them. was last modified: May 30th, 2018 by Igbokwe John