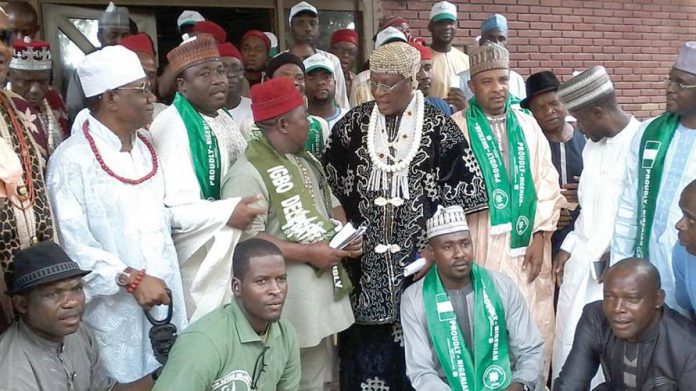 Coalition of Northern Youth Groups have met in Kano State with members of the Igbo Delegate Assembly in the North to discuss unity.

The meeting was held to proffer solutions to the problems of hate speeches and disunity in the country.

Committees have been set up for the advanced peace talks between the two parties.

The aim of the visits was to inform the Governor of their position on the state of the nation as against the recent clashes experienced after both parties exchanged hate speeches.

The Kano State Governor, who received both parties described the move as remarkable.

He urged both Igbos and the Northern Youths to ensure fruitful results are achieved soon as they continue talks aimed at achieving lasting peace.

Ganduje reminded them that only through unity would Nigeria remain great.

Both the Igbo Delegate Assembly Members and the Coalition of Northern Youth Groups are hopeful that soon a breakthrough would be reached thereby bringing an end to hate speeches between both groups.