How The Ijebus Dominate Fabric Business In LAGOS 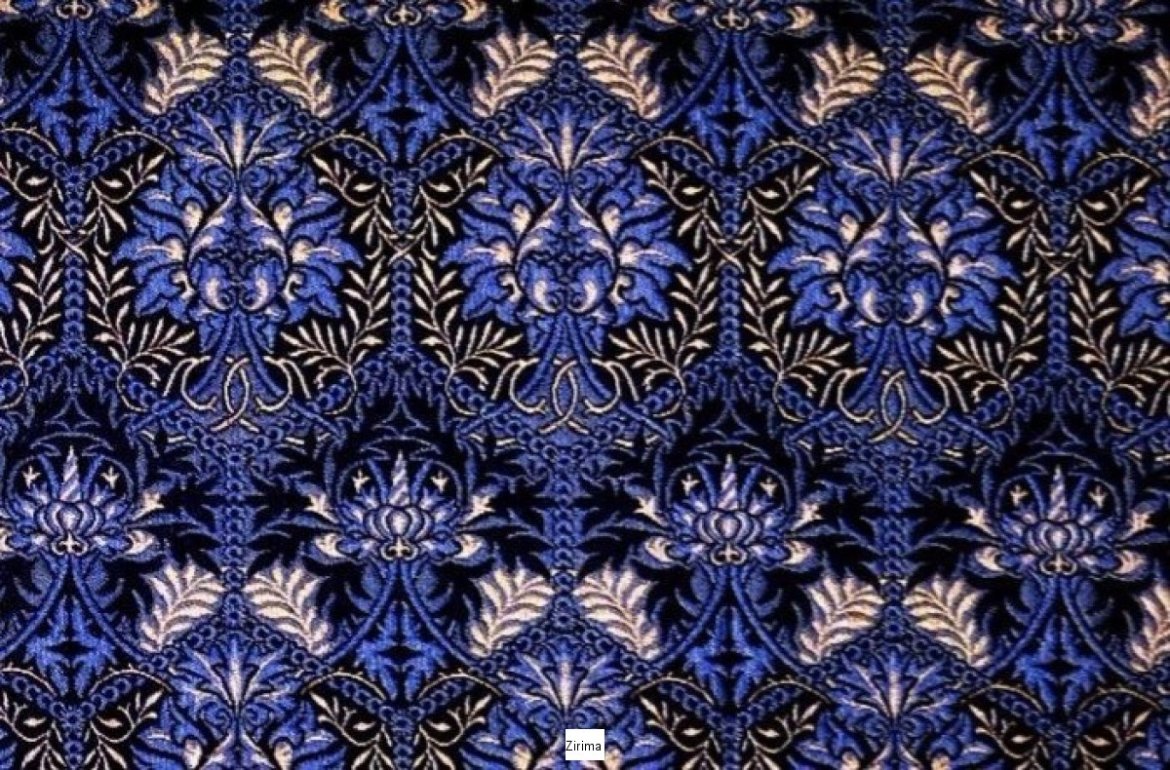 +List Of IJEBU Celebrities Who Sell Lace In LAGOS

Have you been to popular Gutter, Folawiyo, Lagoon Plaza(Saudi-Eko), Ereko, Idumota, Dada Alaja, Kosoko, Eyin Eyo, and  Oshodi wonder why many of the fabric sellers inside this market are Ijebus? The reasons are not far-fetched. This is because you cannot talk about the history of Lace production in Nigeria and the Ijebus won’t be mentioned. They are not just industrious but they were one of the few people who dared to go into production of lace back then. The fact that they are also close to Lagos where they could supply many of the Lace sellers also influenced their numbers in the textile business.

You can not be a lover of Lace in Nigeria and you wont hear of popular `Sokas` Lace produced by Alhaji (Oloye) Dr. Shakirudeen Olanrewaju Kasssim. He is one of the pioneer industrialists in Nigeria, especially in the Textile sector of the economy. He is one man who pulled himself by the boot straps to rise to the top. After doing a lot of petty trading and hawking textiles with his mum when he was young he moved into the big business of manufacturing in 1978 and for years he was producing Lace fabrics locally from his Shokas Lace factory in Ijebu Igbo until the illegal smuggling in of laces by his competitors forced him out of business. He started the business with his bosom friend, Alhaji M.0 Shote in 1978 as Shokas Industries Limited.

The story of the Lace can also not be completed without mentioning the popular Shittu  family of Ijebu Aiyepe. Though Alhaji Chief Sulaiman Ademola Shittu, Aiyepe Lace died many years ago, but you cannot talk about the Lace business in Nigeria and his name won’t pop up. Even his children are top fabric merchant in Lagos.

While some were just producing to supply to fabric sellers, some had big warehouses in Lags so it was easier for them to pass the business on. That is why you could see 3 or more generations of Ijebus selling fabrics in popular Lagos market. Though there are other fabric sellers in Lagos market but look around, you will see that the fabric business is dominated by the Ijebu’s.

One of the top Ijebu fabric merchants making waves in Lagos is 70 years old, Mrs. Bewaji Kuku. The plump society woman has been in fabric business for the past 30 years and still making waves. Her store is very popular in Idumota. Bewaji Kuku is from the popular Kannimodo`s family of Ijebu.

There is no prominent Nigerian who doesn’t know Kubis Fabrics owned by  prominent Ijebu couple, Alhaji Akeem Sokunbi and his wife, Kuburat Sokunbi. They have their stores scattered all over Balogun market. They run their business together for decades and they stock the best fabrics from all over the world. Kuburat Sokunbi and her husband are both from Ijebu-Ode. Their daughter, Tosin has also joined them in the businesses, she runs one of their branches in Lekki Phase 1.

Adebukanla Osinbajo is also an Ijebu fabric merchant who runs Princess B fabric store in Mosalasi Jimoh in Lagos Island. This tall ebony woman is in her 50s  and her mother, “Iya-Jesu` is also a very popular fabric merchant. She attended Luba Comprehensive in Ijebu and has been in the business for over 2 decades and still counting.

Damilare Shobowale never knew she was going to be selling fabrics when she started off assisting her grandmother who was a fabric merchant in Ijebu. The CEO of Dee Nice stitches has diversified as this Ijebu-Igbo fabric seller also designs for her large clientele. She has her shop in Surulere area of Lagos State.

Ask among many fabric sellers, they will tell you that Mrs Arowolo, the younger sister of   construction guru, Engineer Arowolo of Ijebu-Ode also sells fabrics on the Island.

Beautiful and tall, Olori Risikat Adams, the pretty wife of Oba Lateef Adams, the Onikate of Ikateland is also one of the biggest fabric merchant in Apogbon. She runs Latrix fabrics and has her shops at other strategic areas of Lagos State. Don’t forget that she is from the popular Alebiosun of Ijebu-Ode. Another prominent fabric merchant from Bush family is , Nike Bush, the daughter of APC Chieftain, Otunba Busura Alebiosu.

Yemo P fabrics is also very popular on the Island. Many don’t know her as Yemi Okuobi, but her fabric store is located on Nnamdi Azikwe. So also is CAT-O fabric Store in Ereko Street in Idumota Lagos.

The Aberuagbas are popular Ijebu-Ode family who have many of their children in fabric business. Their father was a successful gold merchant and has properties scattered all over Lagos. One of the Aberuagba sisters is Mrs Toyin Arizona, The Iyalode of Bobagunte Gold has her fabric shop in Dada Alaja on Lagos Island and  Ayimba Yemisi Fasawe has her shop in Lagoon on Nnamdi Azikwe Street , Lagos.

Give it to Alhaja Arigbagbu, just like Toyin Arizona, she is one of the Ijebu fabric merchants in Dada Alaja in Lagos island.

We can never forget this young Ijebus fabric merchant, Jadesola Shitu Allison, one of the pretty daughters of  late Alhaji Shittu “Oni Lace Layepe“. Her father was one of the Lace fabric producers in Ijebu back in the days. Jadesola runs Jadesh fabrics at Martins bus-stop, beside great Nigeria House on Lagos Island. So also is Sweeterwealth fabric store, she is an Ijebu babe who runs her shop at popular Ereko on Lagos Island.

Call this young enterprising Ijebu Babe, Titialayo, and you will definitely get the right response from her. Titi is the CEO of Zohara fabrics store on Toyin Street in Ikeja. Is there nobody who doesn’t know who young and pretty Mustapha Khadijah is in the whole of Oke-court, Lagos Island? She sells wholesale fabrics of any kind. She is a young Ijebu-Ode babe.

So also is  Mrs Fatimo Abimbola who is an inlaw of Lagos celebrity babe, Kesh babe. Fatimo runs Timabimfabrics in Tejuoso, Lagos. She is one of the big shots who stock elegant, trendy and stylish fabrics for men and women. Also on the list is Mrs Mutiat Kadiri. Though she is not an Ijebu by birth, but she is married to an Ijebu guy. Her shop is always filled to the brim with customers who want the best fabrics.  There also is Joke Ogendegbe, the pretty in-law of Otunba Sade Adesoye, who is married to Abdul Azeez Ogedegbe. She runs Morkal fabric with her Mother, Mrs Morufat Kalejaiye, Labisi Balogun and Bolaji Balogun (CEOs of Deroot Aso-Oke are top aso-oke sellers who sometimes sell fabrics)

Mrs Fatimo Abimbola is not just from Ijebu, she is married to an Ijebu. She is the pretty daughter of Noibi, the Chief Iman of Ijebuland. She is also in-law to Keshbabe, Ayisat Keshiro. Fatima runs Timabims fabric in  Lagos. Among other Ijebu fabric merchants in Lagos are Mutiat Kadiri, Alhaja Arigbagbu, Princess Ronke Adetona(MOMUM fabrics store), Brassas fabric store, Faustino fabric store.

Ask anybody around Oshodi that who is possibly the biggest Ijebu Fabric merchants in Kairo, you will be told that Tola Awobona is doing so well in the business. This Ex-Banker left his banking career to join fabric business. He leant the rudiment of the trade from his Mum, Mrs Awobona. Her Mother is Iyalode Bobakeye of Ago-Iwoye who runs Babatext fabrics in Lagoon market.

How The Ijebus Dominate Fabric Business In LAGOS was last modified: November 21st, 2017 by Abiola Orisile

Protect Yourself From Online fraud This Black Friday

Why I Didnt Have A Big 70th Birthday