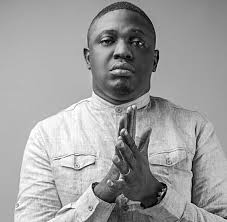 playIllbliss
iLLBLISS is the latest celebrity to have faced the brutality and high handedness of SARS officers as he reveals how they had guns to his head.

The rapper and music executive made this known on Tuesday, July 31, 2018, on his Twitter page. The tweet, as usual, started off a conversation oo social media in the continuous manhandle and brutality faced by innocent people from these Special police officers.

“Last night SARS had guns to my head! Lying on the coal tar next to my manager/ what the fk is going on? Searching us for tramadol and…..” he tweeted.

Reekado Banks shared his ugly experience in the hands of men of the Special Anti-Robbery Squad popularly known as SARS.

The music star who didn’t have nice words for the special police took to his Twitter page on Sunday, June 3, 2018, where he downplayed his encounter with them.

Back in June, it was reported that men of the Special Anti-Robbery Squad also known as SARS disrupted the birthday of singer Jaywon.

The party which was said to have been held at a house located in the highbrow area of Lekki in Lagos was allegedly interrupted by the police and things took a nose-dive. In the now viral video, men of the special police force are seen causing a scene in the area.