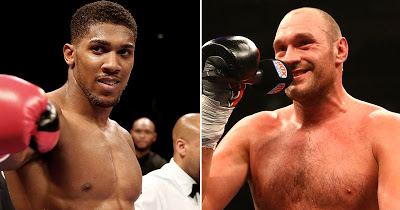 British boxing heavyweight, Tyson Fury has said he wants to fight Anthony Joshua, who is of Nigerian descent, in the city of Lagos.

In a recent interview with iFilm TV, the 28-year-old said: “It may not be at Wembley, the fight might be in Nigeria in Lagos. I’ve heard they’ve got an 180,000-seater there. “So considering I’m the ‘Nigerian Nightmare’ now then we’ll go over there.

“Or it could be in Ireland at Croke Park, that holds a lot of people or it could be at Wembley, you never know.”

Fury has hinted a September return to the ring for a shot at the IBO, IBF, and WBO heavyweight belts.

Watch the video below…