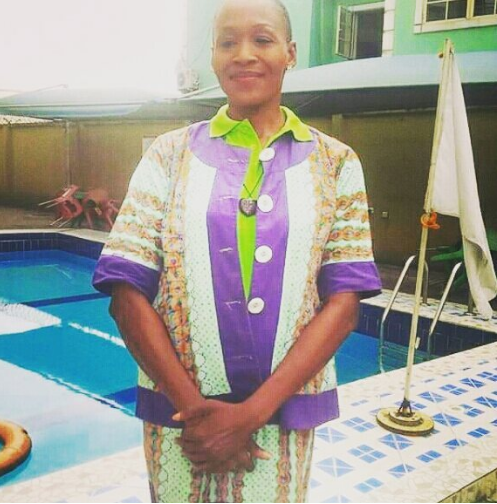 Controversial blogger Kemi Olunloyo who was recently released after doing 81 days in Port Harcourt maximum prison has cried out to lament his medical status.  She wrote that the prison has changed her diet and she’s suffering from several medical issues.. She wrote..

“THANK YOU #HNNAFRICANS FOR THE OVERWHELMING SUPPORT

I have fallen extremely sick as I got home since Wednesday 7th June 2017. I left #PHMax Monday with #Typhoid fever, asthma, back pain and now I’m vomiting with high fevers. Pls pray for me. I am not used to the food at home anymore. My body changed in that 81 days. I will be hospitalized 8:30am here in #Ibadan. I’m fainting and having breathing problems. I have lost weight and I am overwhelmed by the prison chores. The outfit I’m wearing was sown in prison at our sewing workshop, the brown pendant was made in the men’s side by Ogoni militants and reads Kemi #1journalist and the green shirt was what we wore for the prison Olympics. Remember to donate to my trial travel fundraiser expenses. June 20, day 5 of trial.