Home News “In Nigeria, The Heirs are At War… With Each Other By Gboyega Adejumo
NewsOpinion

“In Nigeria, The Heirs are At War… With Each Other By Gboyega Adejumo 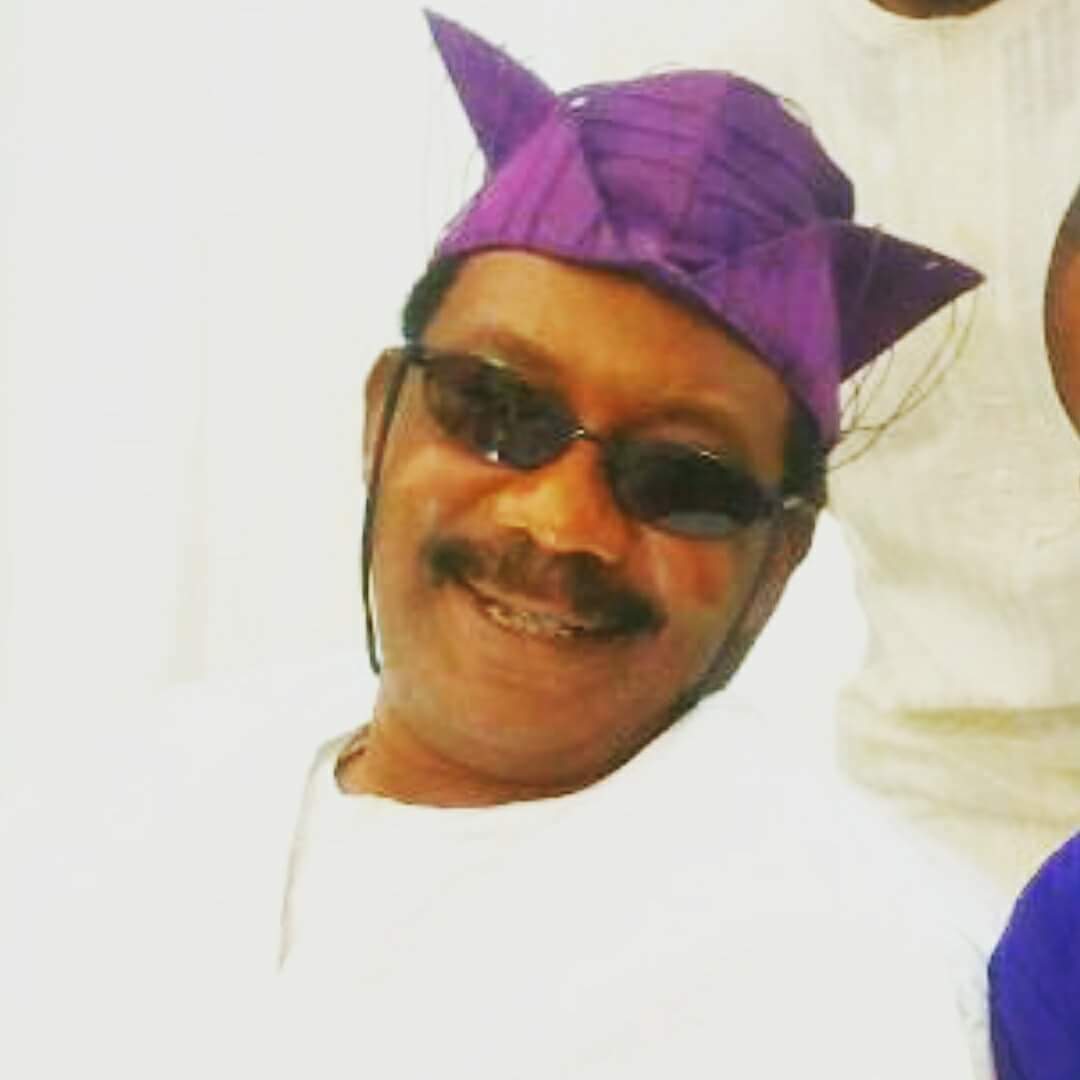 The real nostalgia for me will always be my University days…
I traveled the length and breadth of the West African region and also spending some time in Sierra Leone with friends I made while traversing the entire West African space.
Mind you, I was also at Zaria for the NUGA games in ’82 and in Sokoto the same year.
I was at other places too, east and west of the North, I traversed all, picking as many friends along the way, even unto the Eastern parts of Nigeria, I went…!

Let us agree to one thing — Traveling the length and breath of one’s country will never be as exhilarating as to Criss-Cross the planes and hills of another… So it was with my time in both Ghana and Sierra Leone — more refreshing and expectedly different.

In Ghana at the popular Makola market, our Naira was the king currency and being a Nigerian in those days was akin to being a king. Savoring all that Ghana had to offer, will remain unforgettable….!
However, my experience in Sierra Leone was different. There in downtown Freetown, for perhaps the first time, I witnessed Injustice, Imbalance, Inequity, Iniquity and Inequality. I shall explain.

Although I was a student of The University of Ife, my most admired friends were of The University of Ibadan, and among them were Kweku Minnow and Albert Attah, a fine actor, both from Ghana.
My association with the duo, produced a strong Sierra Leonean connection and a love interest with a Delectable lady of The Roy-Macaulay family.
A trip to Sierra Leone was therefore inevitable….

I remember so well my first impression of Downtown Freetown, a very lovely place it was…at the first sighting.

In the early 80s, being Nigerian opened doors, favour, respect and that was what was working for me everywhere I went, especially with the Naira, which I used in every transaction, and throughout my stay at Mamiyoko Hotel in Freetown.

Some nights back, I was on the phone with a good friend who now does his business in both Ghana and Sierra Leone. Some years back, I went back to Ghana with my family for a holiday, and was impressed with the modest progress made from those earlier days of a gloomy economy I witnessed in the 80s. This time around, It was the period of their presidential elections in 2008, and we witnessed a little of the type of violence with those thugs Ghanaians call, “Muscle Men”, but not on the scale to which electoral violence occurs here….

Back to Sierra Leone…
I had longed to learn more about the war and the aftermath of that war, which was, as I saw it, way back in the early 80s, something that was inevitable.
I have always wanted to know about Avril and Anne Roy-Macaulay, about Ariyo and Adjai, the friends I made.

One might need to ask, why and how could an Impressionable, precocious me, at that age, intuitively have felt a war of sorts was only waiting to happen at some point to Sierra Leoneans..?
Simply this basic, uncolored explanation to what my perception could muster then — Sierra Leone was a Divided Country.

Oh Dear…. Now, i am seeing what I once saw in Sierra Leone, that my affluent, laid back, Laissez-faire friends in Sierra Leone, didn’t see or pretended not to have seen then.
The Divide was between the affluent freed slaves, settlers from other places and the natives, the aborigines, who were unpretentiously called, “The Natives”, a most racial word..!

This divide was the gory run of cruelty, on which Man’s Inhumanity To Man, that led to the war in Sierra Leone, rested.

“The scar of the war is still very much visible”, my friend quipped.
“It would be… They were very unfortunate…”, was all I could mutter in reply.

“Immediately you cross the Atlantic from Lungi into Freetown, you get the feeling something terrible happened there.
You see folks with half limbs everywhere…. The scar is still very much visible, Both physically and psychologically it is….”, My friend demured back retiringly.

There was a palpable silence after my friend had said this… We both knew why. Our minds, understandably fixated on our own country, Nigeria, a constant reminder that we too may be tethering toward same precipice……

As I recall, the Affluent of Sierra Leone, lacked Empathy toward those they had chosen to ride over. Every Rich person therefore became a Natural for the pent-up angst, as targets. So, when it happened, eventually, they couldn’t take it anymore, not even the hardworking were spared. Limbs were cut, lives terminated!
The poor and the oppressed did these things, for a lack of humanity and empathy to which they were hitherto subjected.. And shamelessly so.

Empathy, a once-upon-a-time, innate African virtue, became an alien to the avenging Sierra Leonean…. Angry, revenge seeking, hopeless and lost. All they wanted was, to exert the same measure of pain on those that had seemingly benefitted from the repressive system.

The exactness of a situation that could befall our nation.
It is already becoming, our problem.
The average Nigerian thinks it is a crime to be rich.
Our sense of {dubious} entitlement makes us think you must have committed a crime to be rich….
So no rich man so to speak, will be spared. And if we are to avoid this, it will just have to be a peaceful way out of this quagmire…..
For a start, let us avoid falling into this situation by Restructuring this country, as the first step to Balancing all Equities….!

On the other side is also the danger of an escalating of the Sectional and Ethnic agitations into a war of sorts.

Buhari is the problem.
And now, I am beginning to get worried, really Worried…!

There are a lot of cover-up of Ethnically induced killings targeting the minority tribes in the North, whilst the military presence in the East, is an open muscling of Power-show, employing political quislings to suppress murmurings..
Something similar to an army of Occupation, that pretends to address insecurity as we find such pretenses, freely, mostly in the middle belt and southern zones… Ironically, the army will neither stop the ethnic cleansing by the Fulani herdsman, nor allow the people to defend themselves.

With the inglorious operation “python dance” of shame that spelled the spilling of innocent blood, to, “Operation Crocodile smile”, that brought tears, the Buhari government, continues to anger the people and pander to the Ethnic cleansing going on around the country.
The same feelings of Hopelessness I saw in Sierra Leone, the same, laid back attitude of the elite.

The Igbo youths are as restless as they are nationalistic. I wish they won’t provoke a war.
The Benue, southern Kaduna and Plateau youths are agitating, decrying the invasion of their ancestral land by Fulani killer herdsmen and the government imposition of Fulani Emirs on their traditional Kingdoms, whilst the rest of us appear to be non-involved…. We are busy with, semantics, talking politics, and focusing on the next elections, just like the Sierra Leoneans did, just before the revolt started.

What our politicians don’t get is this; Buhari is so close to where he is going….. So all the anarchy he is leaving in his wake, In the twilight of his days in office and elsewhere, he will not be around to experience it!
This country has never been this divided. Never has there been so much of anger and lack of empathy in the land. The quest should be averting a clear and present danger… We are close, very close, so close.

Sadly, it is as if we do not get this. ..
Talk to the band of “Intellectuals”, the school of the “Oversabbi”, those that are wont to keep repeating the overused cliché of the “older generation is the problem…..”
But are they…!??
If we are to think right for this once, it should be the younger generation and the coming generation, that are missing in the vision department.
They are the once that are used, dumped, angry, hopeless and care-less.
They are Restless too!

If we do not begin a Real Change of Attitude towards ARRESTING, the SITUATION, by STOPPING the importation of the Killers into this country as “Sweepers”, we will soon have a “Limbing” treatment, an ethnic war of sorts..!

We need to break away with the old ways, without having to fight or shed blood… Sadly, that is looking like it may take a longer time for this Truth to dawn on us…. If a president is still saying he fought in a civil war, and would readily fight in another to keep Nigeria one, the Realities of a people traumatized everyday through glaring Inequity, Iniquity, Inequality, become elusive in as much as events that are precursors to conflicts elude the mindset of the ruling class.
My advice to politicians at these times; DO NOT PLAY THE OSTRICH…!
The Fulani killing fields is widening — It has now gotten into the heart of Yorubaland!!
A War of attrition might be the plan — Plant the the Buhari-friendly Yoruba politicians, who are supposed to look the other way, into various offices, so that the pandering to the Fulani herdsmen killings can continue.. But, no solution here, except the one of making same mistakes the Sierra Leonean elite made — No one can occupy any where, for too long; It will backfire.
The youths are restless.

In all of this, Restructuring of the Fiscal, Physical and Political Nigeria, is the only way out.
In 2019, we must make sure we only elect a president and a Parliamentarians that are Ready to Restructure!

While I believe the error in electing Buhari will be corrected in 2019,
I hope and pray Buhari doesn’t do any more structural damage to our already dilapidated social fabric and ethnic balancing, so that the ethnic cleansing of the type that happened in Sierra Leone, does not have a repeat in Nigeria before he leaves the stage.

“In Nigeria, The Heirs are At War… With Each Other By Gboyega Adejumo was last modified: January 30th, 2020 by Reporter