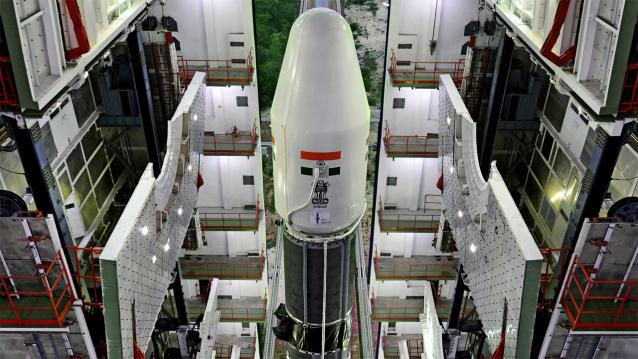 India will launch South Asia communication satellite, built for use by countries of the South Asian Association for Regional Cooperation, on Friday, state-owned Indian Space Research Organisation has said.

ISRO, which built GSAT-9, South Asia communication satellite, said that preparations for the launch were going on smoothly.

The organisation said the satellite would take-off from the southern spaceport of Sriharikota on Friday afternoon.

“We will have the launch tomorrow (Friday) at 4.57 p.m. All activities are going on smoothly,” ISRO chief A.S. Kiran Kumar told the media.

Indian Prime Minister Narendra Modi announced the date of the launch in his monthly radio programme, Mann ki baat (talk from the heart), on Sunday.

He said that India would launch the South Asia satellite on May 5.

“The benefits of this satellite will go a long way in meeting the developmental needs of the countries participating in this project.

“The satellite will enhance the progress of the entire region.

“It is an important step by India to enhance cooperation with the entire South Asia; it is an invaluable gift.

“This is an appropriate example of our commitment towards South Asia,’’ Modi said.

It is cuboid in shape and built around a central cylinder.

The satellite has a mission life of over 12 years.

India set to launch South Asia satellite was last modified: May 4th, 2017 by Arinze Ago