Why INDOMIE Noodles Continues To Dominate The Pack 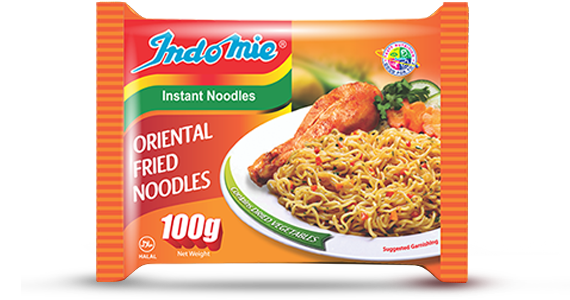 The Noodles market in Nigeria has obviously come to stay, owing to its growth in leaps and bounds, amidst fierce competition among players for supremacy in the market place. As at today, there are 16 noodles brands in the market, competing for attention of consumers and striving for growing market share.

Nigeria is currently ranked the 12th largest consumer of instant noodles in the world with estimated annual demand of 1.79 billion packets of noodles, according to the World Instant Noodle Association (WINA), a body saddled with the responsibility of improving the noodle industry globally. This is far from the estimated market demand of 2.5 billion packets of noodles annually.

Many companies took advantage of the increasing popularity of noodles to launch new brands into the market since the market success of Indomie encouraged the proprietors of the company to start its local manufacturing in 1996.

Although Maggi Two-Minutes noodles, a product of Nestle Nigeria Plc, which was expected to compete with Indomie faded out from the market within two years, brands such as Chikki Noodles, which was launched into the market by Chikki Foods Limited in 2005, is still performing well.

Remarkably, until the launch of Indomie almost 30 years ago, the noodles market in Nigeria was almost non-existent. It was perceived as an Asian diet served only at Chinese restaurants. But since 1988 when De United Foods Industries Limited (now Dufil Prima foods) first marketed its Indomie Noodles, imported from Indonesia, in Nigeria, Noodles has become a major menu for millions of Nigerians and a brand in almost every home.

Of all these brands, the most prominent in the market are Indomie Noodles and Honeywell Noodles both of which are on neck-to neck competition especially in their marketing drive. Of course, Indomie is still the clear leader having dominated the market for a long that it has become the traditional Nigerian nomenclature for all noodles in the market. Very recently, Indomie rolled out an advert to correct the notion that “everynoodles is not Indomie and Indomie is not every noodles but that the difference is in the taste and vice versa.”

But, amidst this fierce competition for market dominance, the makers of Indomie noodles have over the years shown that they meant business and insist on remaining the number one noodles brand in the Nigerian Market.

The brand (Indomie) is so active that apart from its captivating television commercials that always arrest the attention of children including adults, it is also always introducing new variants, new flavourssuch as Indomie Chicken, Indomie Onions, Onion Chicken Flavour, Pepper Chicken and Oriental Fried Noodles and new sizes including Super Pack, Hungry Man, Bellefull. In fact, the brand has moved from its primary target, the children to young adults.

Honeywell Noodles took a centre stage in the market giving Indomie noodles an interesting competition through its re-sound and memorable adverts in the media. The power of advertising to resonate a brand in the minds of consumers does it for Honeywell. The brand, formerly known as O! Noodles, entered the competitive noodles market on December 15, 2006 when Honeywell Superfine Limited (HSFL) launched its three variants of O! Noodles brand (Chicken, Onion and Curry) into the Nigerian market. Since then the company has improved on the brand’s taste, packaging, offering, market spread and patronage.

The brand came in fully aware it was going to encounter stiff competition and was therefore prepared for it and about six years after it came into the market, it established itself as a market leader second only to Indomie.

Mr. Odun Fadoju, Managing Director of DP Partnership, a Lagos based creative agency, that created the captivating commercial Bam BamLalaa for Honeywell Noodles said the company was fully aware that there was a dominant player in the market and the only way the dominant player can be displaced is to create something out of the ordinary. That was why the company came up with the commercial. “If you want to fight a monster, you have to create something that is also going to be a monster or greater than the monster and that is what we have tried to achieve,” he said.

Mark Monitor’s Noodles Customer Satisfaction survey, which was conducted for eight weeks and only covers six popular noodles brands, reveals that consumers want more value for their money. While the CS survey showed that a greater number of consumers desire improved noodles quality and quantity from manufacturers, some decry the unavailability of the product in some parts of the country. The survey, which cuts across 12 States in the six geopolitical zones (including Lagos, Ogun, Edo, Imo, Enugu, Anambra, Rivers, Kano, Katsina, Sokoto, Niger and Abuja), covers over 2,000 respondents’ opinions in six categories: The Most Delicious Noodle: Chikki (7.10%), Dangote (9.20%), Golden Penny (12.50%), Honeywell (14.80%), Indomie (52.30%), and Mimee (4.10%).

Why INDOMIE Noodles Continues To Dominate The Pack was last modified: October 17th, 2017 by Damilare Salami