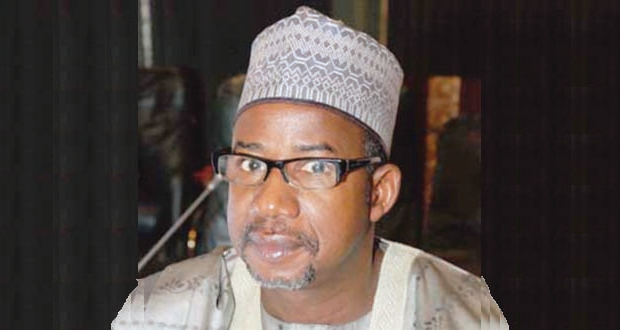 The Bauchi state gubernatorial candidate of the Peoples’ Democratic Party (PDP), Sen. Bala Mohammed, has been declared the winner of the governorship election in Bauchi state.

Declaring the winner of the poll, the returning officer Prof. Mohammed Kyari, a Vice Chancellor of the Modibbo Adama University of Technology Yola, said that after merging the final results, the APC candidate polled 515,113 votes while his close rival Governor Mohammed Abubakar of the All Progressive Congress scored 500,625 votes.

“I professor Mohammed Kyari certified as the returning officer of the March 9, March 23 and March 25 2019, governorship election in Bauchi state hereby announced that Bala Abdulkadir Mohammed having satisfied the requirement of the law and scored the highest number of votes is hereby declared the winner and returned reelected,” He said.

He added that the PDP candidate defeated his opponent with 14, 488 votes.

Earlier, during the March 9 inconclusive election, Mohammed was credited with 469,512 votes and Abubakar 465,453, with a vote margin of 4059 but the election was declared inconclusive after the total number of votes cancelled during March 9 election was more than the margin between the PDP candidate, who was leading with votes and that of the APC candidate.

At the second ballot, Sen. Bala Mohammed PDP, garnered a total of 6376 votes against his main opponent, incumbent Governor Mohammed Abubakar who polled 5117 votes at the rerun, with a vote margin of 1259 between both parties.

INEC had declared the first ballot inconclusive on the grounds that the number of cancelled votes was higher than the margin of lead between the two top political parties.

The electoral body later announced that it would resume collation when it found out that the number of cancelled votes was tampered with, a decision Abubakar and the APC challenged in court.

Consequently, the Federal High Court sitting in Abuja barred the Commission (INEC) from collation of result of the governorship election of March 9 in Bauchi State in an order given by Justice Inyang Ekwo on Tuesday following an ex parte application filed APC and the incumbent governor of the state, Mohammed Abubakar.

The Federal High Court in Abuja clearly dismissed the suit filed by the Governor of Bauchi State, Mohammed Abubakar and the All Progressives Congress (APC) challenging the decision by the Independent National Electoral Commission (INEC) to resume collation exercise in the state’s gubernatorial election.