Injury Forces Nadal To Pull Out Of Mexican Open 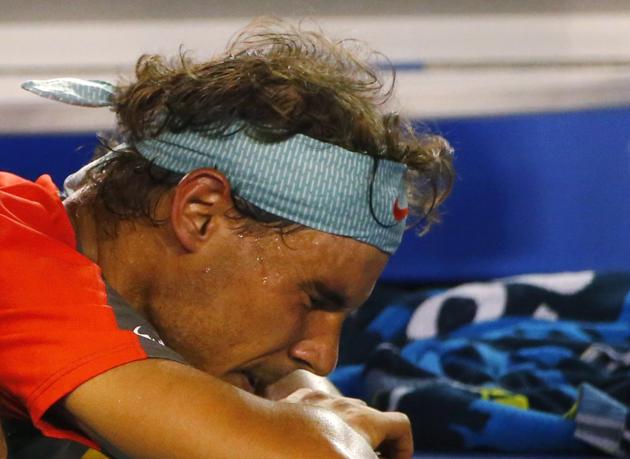 Tenis top seed Rafael Nadal has pulled out of this week’s Mexican Open in Acapulco after aggravating the leg injury which forced him out of the Australian Open last month.

The world number two said he felt a sharp pain during his final training session on Tuesday and decided not to compete on the advice of his medical team.

Nadal was due to face fellow Spaniard Feliciano Lopez on Wednesday.

You may also like: BREAKING: UNKNOWN GUNMEN KILL PDP SPOKESMAN IN ADAMAWA

“Doctors have told me that it is impossible to play, regardless of whether it hurts,” said Nadal. “There is a significant risk of increasing the injury and I have no choice.

“I was well prepared to play and I had hopes of doing something important here.”

Nadal, who has not competed since retiring against Croatia’s Marin Cilic in Melbourne last month, was in Acapulco hoping to close the gap on world number one Roger Federer.

“I still don’t know what it is, because we don’t know. It seems it’s not as bad as what I had at the Australian Open,” the 31-year-old added.

“Now, my main goal is to find out the extent of the injury.”

READ ALSO: “MY POSITION IS MY POSITION” – WENGER ‘SHOCKED’ OVER SACK RUMOURS