BE INSPIRED: How federal government’s Information app Can inspire Nigerian youths to greatness 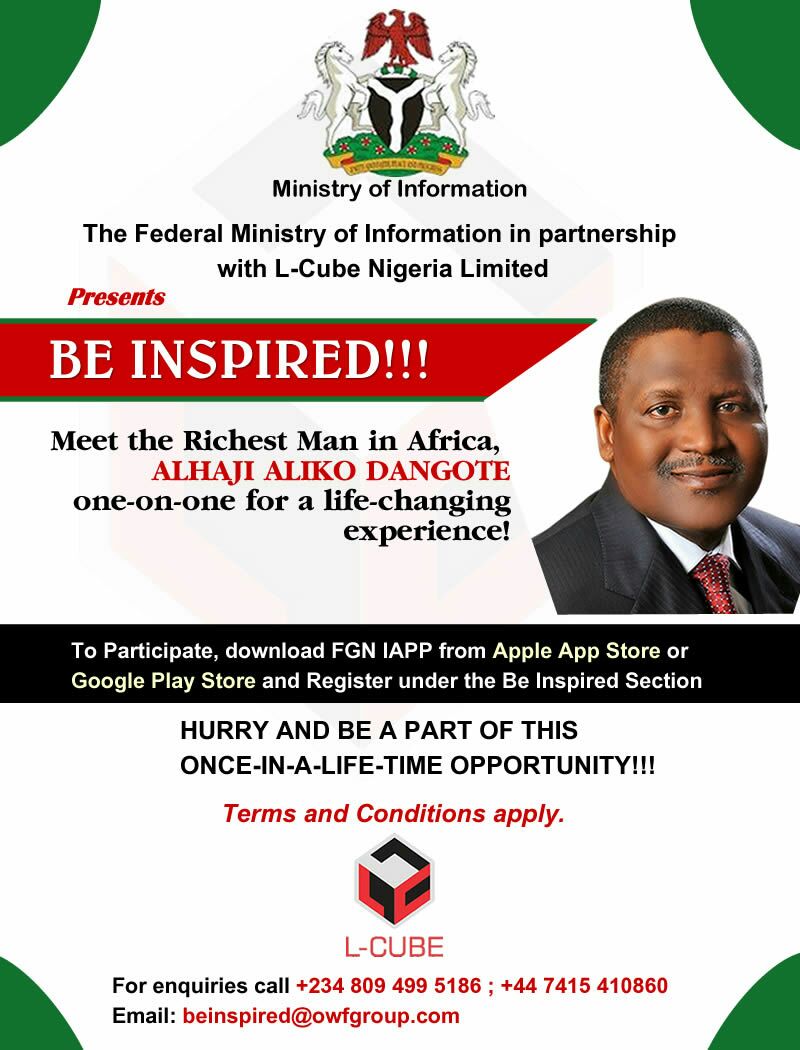 In December 2016, the federal government launched a new information app called Federal Government of Nigeria Information App (FGN IAPP) to help close information gap between the federal government and Nigerians.
Beyond serving as a medium to send undiluted and factual information directly to Nigerians and bringing about a paradigm shift in the way the government communicates with the citizens, the FGN IAPP is poised to be a good resource for motivation and inspiration for Nigerians with the BE INSPIRED section of the mobile app. [google play store and itunes]
The “Be Inspired” feature is aimed at motivating young entrepreneurs, academics, professionals and those aspiring for greater heights to meet those who have made their mark in different fields.
According to the developer, Mr Olawale Wale-Falope, Nigerians on a monthly basis will be given the chance of a life transforming session with a top government official, business icon, celebrity, professionals or industry leader who will inspire them to greatness.
“We aim to bring inspiration at its best to Nigerians who have downloaded the app on their gadgets,” said Wale-Falope.
While declaring the first draw for, he said the very first “Be Inspired” icon would be Alhaji Aliko Dangote, Africa’s richest man and one of the most powerful individuals in the world in 2016, according to Forbes.

“Entries will be received via the app only, which is readily available on app stores,” he said.

He advised that subscribers read through the terms and conditions carefully before beginning the process.

BE INSPIRED: How federal government’s Information app Can inspire Nigerian youths to greatness was last modified: January 23rd, 2017 by Arinze Ago