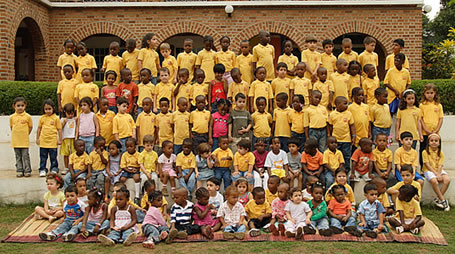 A lass, we all know, is a girl/young woman. Parents, particularly fathers, guardians, teachers, and relations dote on lasses who are pretty, brilliant, well-mannered and with great poise as future wives, mothers and responsible leaders. As a father of two grown-up ladies, I remember, with nostalgia, my hoverings/protection over them, while they were lasses – well, I showed equal love to their two brothers, as well.

This article, of the above title, stems from my personal concern over the recent disruptions at the University of Ibadan’s International School, Ibadan (ISI), which have led to the closure of the 55-years old secondary school. My concern and sympathy  go to, in order of priority, the students, the parents/guardians, teachers and the School Management, the Parents Teachers Association (PTA) and other stakeholders.

I have likened ISI to a lass, much as I am well aware that it’s a mixed (boys and girls) co-educational school. I wish the innocent ‘lass’ is freed from her unwarranted and unnecessary shackles by getting the reputable school, re-opened for academic and character training, after all the contending parties would have reached an amicable and sustainable compromise.

If you ask me, my concern about ISI is borne out of the following reasons: (1) In 1963, I sat for, and passed the school’s maiden entrance examination/interview. But, I could not take up my admission offer, because my parents could not afford the school fees, (ii) my two daughters (today, lawyers/company secretaries of multinationals) and my younger son (a sociologist /electronic media, manager) attended ISI and (iii) I was honoured by the ISI Management on Thursday, 3rd October, 2013, as the Special Guest of Honour at the School’s 50th Anniversary Cultural Day. Nigeria’s first Lady Senior Advocate, the highly – respected Chief Olufolake Solanke was, the chairperson of the golden ceremony.

Below, please find my article titled, “ISI, HISTORY AND I”, which was published in some national newspapers (for ease of reference, the Sunday Tribune newspaper issue of Sunday, 13th October, 2013 (page 49) and in my column in the City People magazine issue of 23rd October, 2013 (page 39).

International School Ibadan, History and I

“The International School, University of Ibadan blazed the trail in private secondary school education in the former Western Region of Nigeria, and indeed in Nigeria, with her establishment in 1963. The initial funding for the take-off of the school was facilitated by grants from the United States of America’s Agency for International Development (USAID), the Ford Foundation, the Rockefeller Foundation and the old Western Region of Nigeria Government.

“The school was established to meet the standards of high schools in Europe and America, and ever since then, it has been growing  in leaps and bounds with thousands of her products in key positions in private and public affairs of the world. At the start, children and wards of expatriates (Americans and British especially) in teaching/civil positions and business were the targeted beneficiaries of the new school, as it were. Most of the staff were white, indeed the first two principals of the school were expatriates.

“Regardless of the above, my dear late father, Pa AbdulRaheem Oladosu Alabi alias “Right Time” and my late Uncle, Pa Abdul Wahab Akanji Ajibola, alias “Senior” thought that I, from the indigenous and aristocratic Isale Jebu – Born Photo-Oja’Ba axis of Ibadan should have a shot at the new International School. After all, all humans are created equal by God.

“Thus, early in 1963, an entrance form to the new school was purchased for me, a primary six pupil of the Seventh–Day Adventist Primary School, Oke-Foko, Ibadan and its head-boy. I thus sat for the entrance examination for the foundation students of ISI.

“I did well in the examination and was invited for the interview, at the school premises on the campus of the University of Ibadan, wearing my ‘Ileya’ (Eid-el-Kabir) native (buba and sokoto) dress. And what a spectacular, not odd, appearance I made in that dress as the only interviewee not in Western suits like ALL others! Inhibitions? God forbid, I walked tall among fellow candidates and chatted freely with a few who obliged me company.

“I recollect the pitiful looks of the all-White panelists when I was called into the interview room. My innocent answers to their questions, as to my family background, father’s annual income and number of wives (6 as at 1963!) certainly ‘neutralized’ whatever was my academic brilliance in the written and oral examinations. To a question on my father’s source of income, I replied that he owned the Morris passenger lorry (WA 1348) on which the body inscription “Oju eni maa la”, (NO CROSS, NO CROWN) was written, as was the vogue then. Didn’t the late  Nigerian president, Dr. Nnamdi  Azikiwe quote the body inscription of an Onitsha mammy wagon, “NO CONDITION IS PERMANENT” –  in a  rejoinder to the audacity of a junior politician in the 1970s.

“It was, therefore, no big shock to my parents and I, when some weeks after the interview, ISI’s letter of (regret) inability to admit me as a foundation student was delivered  at our Mapo Post  Office Box no. 3245. Our consolation was in the fact that my non-admission was not due to academic inadequacy, but status inequality. In retrospect, my father could not have afforded the school fees. It took the radical intervention of mathematician/engineer, Dr. Omololu Olunloyo, as Western State Commissioner for Education in 1967 or thereabout, as it were, before brilliant students with humble backgrounds like me could get admission into the exclusive school!.

“As they say, ‘Dada ko le ja, sugbon o ni aburo ti o gboju’ (even though Dada is a weakling, his younger brother is a matador). Three of my four children, some 27 years after my ‘shut-out’, attended the ISI, came out with excellent grades and character and are, thank God, today, lawyers and a sociologist. Talk of a sweet revenge.

“Dear reader, you could, therefore, imagine the nostalgia stirred in me when sometime last month, I received the invitation from Dr. Oluwarotimi E. Idowu, a foundation student/chair of ISI’s Golden Jubilee Planning Committee, for me to be the guest of honour at the school’s Cultural Day on Thursday, 3 October, this year, as part of the school’s golden jubilee anniversary celebrations.

“I accepted the kind offer with humility. During our subsequent meetings/discussions on the offer, she and the school principal, Dr. M.B Malik, were pleasantly happy when I told them my 1963 story about the school, as the Planning Committee chose me for the role, oblivious of the great miss. The highly-respected Chief ‘Folake Solanke, first lady Senior Advocate of Nigeria, was the chairperson at the colourful ceremony which was well-attended by the students, alumni, teachers and parents at the school’s café.

“At the ceremony, I admonished the students to take pride in our rich culture and tradition, forsake indecent foreign cultures, foods and beliefs, particularly immodesty, obscene music and fashion styles. They were advised never to look down on anyone.

“I told them that culture is a people’s way of life embracing their dresses, language, food, names, music, philosophy, and beliefs, among others.

“Recalling my humbling 1963 experience with the school, I charged the students and others in attendance never to feel inferior in life, as God, individual talent, character and fair play would determine the height each individual would rise to in life and not parental status.

“If everybody had an enjoyable time that Thursday, 3 October, at ISI’s Cultural Day programme, I, the missing ‘alumnus’, but a proud former member of the PTA, did enjoy myself – returning to the secondary school I would have loved to be counted among its foundation students, 50 years after.

“The school’s golden anniversary celebration continues with activities such as turning of the sod of a 1,500- seater multipurpose hall, anniversary lecture and fundraising.

I wish ISI many happy returns of the anniversary”.

Once again, I appeal to all the stakeholders of ISI, to please amicably, and quickly too, resolve their differences, get my ‘alma mater’ reopened, for the innocent lasses and lads (students) to resume academic and character training,  as tide  and time wait for no one. Thank you.