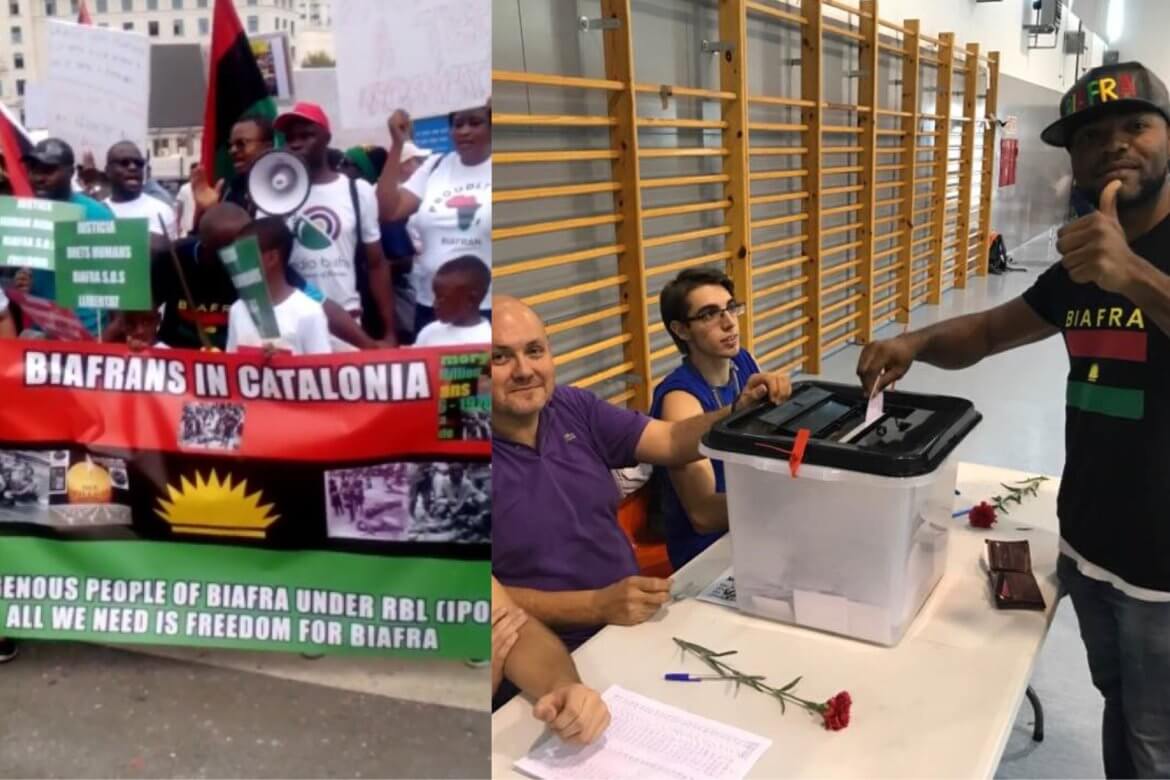 A member of the Indigenous People of Biafra, couldn’t hide his happiness after voting for Catalonia independence in Spain. The Nigerian man who shared the photos on social media is in favour of Catalonia to become an independent country from Spain and wants to see same in Nigeria.
However, it seems like what is taking place in Spain is a mere dream for him as it is likely not to happen in Nigeria because of a complete crackdown of IPOB activities and the government’s declaration that the group is a terrorist organization.
Spain is facing same situation happening in the south-east part of Nigeria as a section of the country is demanding for self-rule. Catalans who want independence from Spain voted in a contested referendum that descended into chaos when police launched a widespread and violent crackdown.
The Catalan government said it had earned the right to split from Spain after results showed 90% of those who voted were in favor of a split. But amid an unexpectedly harsh response from Spanish police, turnout was only around 42%.
The Catalan health ministry said 893 people were injured in the clashes Sunday as riot police raided polling stations, dragged away voters and fired rubber bullets.
IPOB Member Excited After Voting For Catalonia Independence in Spain was last modified: October 2nd, 2017 by Arinze Ago