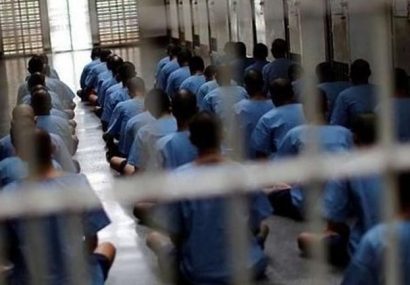 Iran has temporarily freed about 70,000 prisoners to tackle the spread of coronavirus in jails.

This was disclosed by Ebrahim Raisi, the country’s head of the judiciary, on Monday.

Raisi said the release of prisoners would continue “to the point where it doesn’t create insecurity in society”.

He, however, did not give further details or specify when those released would have to return to jail.

The temporarily release came after an official reported hundreds of new infections and dozens more deaths across the country.

The country confirmed 595 new infections and 43 new deaths in the past 24 hours.

According to Kianoush Jahanpour, the health ministry’s spokesman, this brings the total number of coronavirus cases in the country to 7,161, with 237 deaths recorded.

The country has lost some of its top government officials to the virus.

Officials have expressed concern about the possibility of infections spreading during Nowruz, the beginning of the Iranian new year on March 20, a period where families travel to vacation spots around the country.

The country imposed travel restrictions in 15 provinces. Schools and universities have been closed while parliament has been suspended indefinitely.

Citizens were also asked to reduce the use of banknotes.

Female Pastor Claims To Heal Church Members With Her V*gina