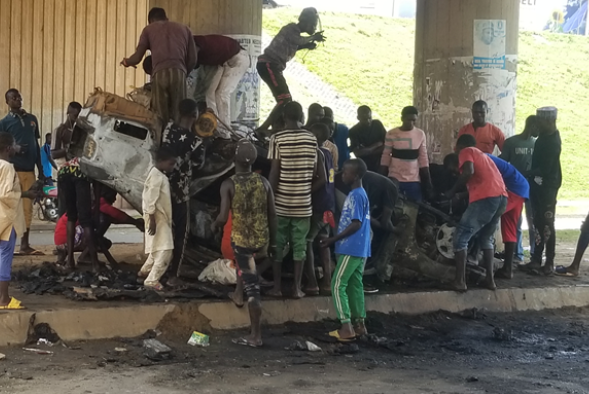 Three suspected kidnappers were burnt to death at the Dutse Alhaji area in Abuja on Monday, September 30th.

Eyewitnesses say the men were apprehended after they allegedly pushed their female victim out of a moving vehicle when she began screaming for help.

Unable to answer their questions, the mob poured petrol on the suspects inside the vehicle and set them ablaze.

Efforts are currently being made to evacuate the charred remains of the suspects to the mortuary while the female victim was taken to Kubwa General Hospital for treatment rue.