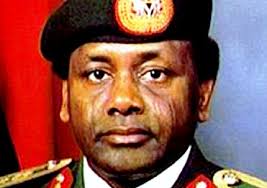 Justice Minister Helen McEntee signed the order to send back the money, which was seized by the Criminal Assets Bureau and ruled the proceeds of crime over five years ago.

The cash, held in Irish accounts as investment bonds, were stashed here by kleptocrat Abacha for the benefit of his son Mohammed.

The Nigerian government applied for the return of the money last year, which was approved by the High Court, but a memorandum of understanding between the two countries had to be signed in order to facilitate it.

Minister McEntee said: “The return of these assets will be the first time that Ireland has taken such action and will be a concrete demonstration of Ireland’s commitment to international cooperation in the fight against corruption and to assisting countries which have been adversely affected by corruption in the past, and is in line with our international obligations as a signatory to the UN Convention Against Corruption.”

However, the €5m is only a small part of the “eye-watering” €6bn that Abacha is believed to have stolen from Nigeria and stashed abroad, of which just €1bn has been recovered so far.

The High Court here heard how the dictator, who died in 1998, first ordered officials at Nigeria’s Central Bank to release cash or travellers cheques for emergency purposes, which were then paid into bank accounts controlled by him and his sons.

Meanwhile, foreign companies were informed that contracts allowing them operate in Nigeria would be considered invalid unless the regime was “paid a percentage of the contract’s value” in order to re-validate them.

Abacha was known for numerous human rights abuses, including the 1995 execution of writers and activist Ken Saro-Wiwa, who opposed the exploitation of Nigeria’s natural resources by oil companies.

The hanging saw protests held in Dublin and three TDs attempting to travel there for a trade conference were subsequently refused visas by Abacha’s regime.

Ireland to return €5m worth of funds to Nigeria looted by General Sani Abacha was last modified: August 15th, 2020 by Reporter

Why Young Artiste Flavko Is Breaking Bounds In The Music Industry