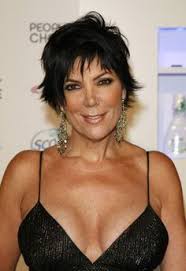 Earlier this week, the Kardashian sisters – Kim, Kourtney and Khloe – were all embroiled in a bitter war of words online. Which was played out in the public domain, much to the entertainment of the lot of us who were tuning in to the latest news of their reality show Keeping Up With The Kardashians, which celebrated its latest premiere this week. It all started ahead of the season 15 premiere, which showed their heated exchange in which Kim had a go at Kourtney over last year’s annual Christmas card shoot. Before we knew it, Kim was then in it with Kourtney on Twitter before Khloe joined in on the melee surrounding the shoot (in which Kim wasn’t happy Kourtney wasn’t budging on her schedule). Kourtney said watching the scenes back gave her ‘chills’, before declaring: ‘We all have our own priorities. Mine is being a mother.’

The three sisters didn’t seem big fans of one another earlier this week (Picture: JB Lacroix/WireImage) A furious Kim responded on Twitter: ‘And mine is not? The shoot was with our kids!!!!! My #1 priority is being a mother as well and I can work too, so can you!’ Kourtney, not one to back down, hit back: ‘And I do. But I wasn’t wanting MORE work, I already felt spread thin. ‘Being a good mother also has different meaning to each of us. You’re an amazing mother, I’m not taking that away from you.’ And then in came Khloe, who tried to play the peacemaker. But Kourt, mum-of-three, was not having a single bar of it. Khloe, who was pregnant with True Thompson at the time of the shoot, tweeted: ‘I just wanted peace.’ ‘Khloe let’s be honest here,’ Kourt replied unamused. A shocked Khloe asked:

‘Wait are you for real @Koutneykardash? Do we want to get into why all of us were frustrated with you? You want to do this on twitter?’ It wasn’t long before the three had spoken that they still love one another, despite the hectic words between the lot of them. And now, after Kim and Kourtney were seen together on Tuesday, pundits think something fishy is going on. As in, Kris is behind the whole thing. Fans of the show, and the fight, took to Twitter to voice their theory that the momager extraordinaire had orchestrated the online bust-up, in public, to amp up the show. If that’s the case, boy did she do a grand job – it’s all anyone can talk about! Another said: ‘Kris Jenner masterminding a fight for KUWTK promo is epic.’ Another added: ‘The funniest part was that Kris Jenner tweeted that clip of the fight to promote kuwtk and it’s so funny.’ We have to say the fact the fight happened over a year ago means it definitely is suss the tension is still brewing this week. Surely these women have moved on.

Is Kris Jenner behind the Kardashian sister feud? was last modified: August 8th, 2018 by Igbokwe John