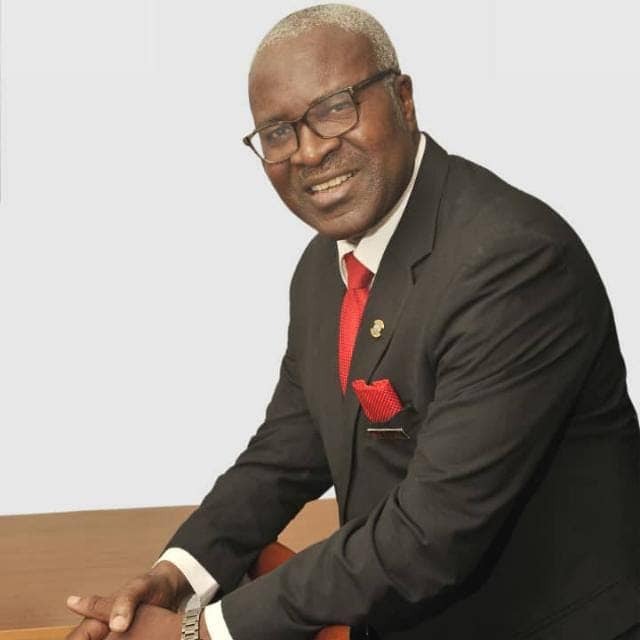 Philip Kola Abumere has emerged the chairman of Island Club after an election was held on Friday, May 3, 2019 in Lagos. Philip Kola took over from Olabanji Oladapo, the outgoing chairman of the club.

The election was held a few days after the club organised 2019 Easter/New Members/Chairman Dance on May 1, 2019, at the Peacock hall of the Island Club.

On 1st May, 2019 inside the Peacock Hall of The Island Club, this elite club came alive when members gathered to celebrate. It was a 3-in-1 event.

Goodwill messages, Donation and Award of Club Honours to deserving members, most especially a Valedictory night for the Chairman tagged; “2019 Easter/New Members/Chairman’s Dance.

The party started at about 4:00pm with Ebenezer Obey band guys entertaining the guests and the club member as they were arriving, even before the arrival of the grand commander himself.
Members of the Island Club were all well dressed in their dress code: Strictly National Dress/Lounge Suit some put on Agbada, as the tradition demands. Some others put on customized blue cap.

The entrance of the Chairman and some of the dignitaries attracted a standing ovation, as commanded by the Mc, to give honour to whom it’s due.
Members of the Management Committee and guest were highly recognized. The induction of the new members and presentation of award to deserving members were done before the chairman was given the privilege to speak.

Island Club outgoing Chairman, Mr. Olabanji Oladapo in his speech, appreciate every member and the executives who have stood solidly behind him over the years of his reign as the chairman, and also emphasized more on the purpose of their gathering “It was tripartite celebration of the Easter Dance, New Members’ Induction and the Chairman’s Valedictory Party.
“As aforestated the Easter Dance is to welcome our Christian brothers after 40 days fasting period.

This has given us the opportunity to experience what our Lord Jesus Christ went through whilst on earth over 2000 years ago. It further increases our faith and gets us more committed to the plights of the poor and needy in our society as we are now better able to appreciate what it means to go on for days without food. It is also the period of abstinence from worldly pleasure. May the joy and blessings of the season be permanent in our lives.

In the same vein, some new members will be officially decorated today. They are eminent gentlemen who have distinguished themselves in their chosen career and have been considered as fit and proper for the membership of the Island Club. We congratulate them as they join the comity of honoured men of substance.

Distinguished invited guests and members, to the Glory of God, in the next few days. I will be handing over the leadership baton of the affairs of our great Club as Chairman to another distinguished member having completed my 2-year term. I have no doubt enjoyed your support, co-operation and useful advice during my tenure as your Chairman. It has been challenging and quite interesting inspite of some hiccups which were not unexpected considering the magnitude of the challenges at hand. I must also not fail to show my appreciation to you all for your overwhelming confidence in my leadership.

I have worked with the most vibrant articulate enterprising and committed members of the Management Committee. Some of them shall also be bowing out with me while some are striving to serve our Club even in other higher capacities. I wish them well. Some of you will be accorded the Club honours today for your contributions to the success of my administration.

This is only way your Club can show appreciation to you for your outstanding services to your Club.
Distinguished Gentlemen and Ladies, I am sure that you will enjoy the evening as I enjoin you all to make it as colorful as well as memorable. May God bless you all”.
After the chairman’s speech, the floor was opened for the dance by chairman and members of the High table. Trust Evangelist Ebenezer Obey; he served them as it’s hot and everybody enjoyed every moment of the event.