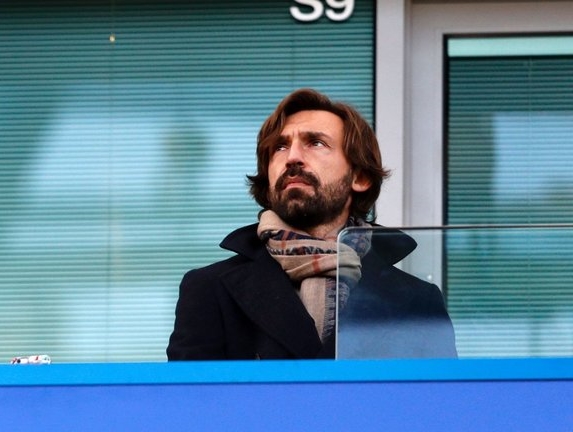 Ray Wilkins believes Andrea Pirlo would be a “great addition” for Chelsea if he were to join Antonio Conte’s backroom staff.
The Italian midfielder, currently with New York City, confirmed on Sunday that he will conclude his career at the end of the current Major League Soccer season at the age of 38.
Wilkins, who has had two spells at the club as assistant manager, believes Pirlo would be the right fit for Chelsea. “I said this at the start of the season because Steve Holland left, I thought Pirlo would be the ideal guy,” Wilkins said.
“He speaks English, he knows Antonio Conte really well and would be a great addition to the Chelsea backroom staff.”
Pirlo was linked with a move to Chelsea when Carlo Ancelotti was in charge before he opted to join Conte at Juventus.
The pair won three Serie A league titles together in three years in Turin.
Wilkins added: “If you can get an ear like Pirlo’s back in the set-up it would be a massive assistance to him (Conte). Observation is really important.
“When you play with the elitists, which is what Chelsea are, then you need little snippets of everything. It’s only fine details that change a drawing side into a winning side. I think he would be a good addition.” Last December the 38-year-old visited Chelsea’s training ground and attended their 1-0 home win against West Brom.
Pirlo has featured in just 15 of New York City’s 32 games this season but when asked about his future plans was coy about links with Chelsea.
He told Gazzetta dello Sport: “My future, I don’t know yet. I will return to Italy in December. An assistant to Conte? People are saying that. I have my ideas but I need time to decide.”
Wilkins, a former Chelsea midfielder, was assistant to Gianluca Vialli for two years from 1998 and rejoined the club in the same role in 2008 alongside Luiz Felipe Scolari.
After Scolari was sacked, Wilkins stayed on and won the Premier League and the FA Cup under the management of Carlo Ancelotti in the 2009/10 season.
Chelsea are away to Crystal Palace this Saturday and will be hoping to recover from their pre-international setback when they lost 1-0 to Manchester City at Stamford Bridge.
-SkySports
Italian Legend, Andrea Pirlo Coming to Chelsea? Here’s What the EPL Champions’ Ex-coach is Saying was last modified: October 10th, 2017 by Arinze Ago

Why Igbo Man Can Never Be Nigeria’s President – Junaid Mohammed