Home Sports “It’s a free world, I have no problem with Jose” – Klopp Responds To Mourinho Jibes
Sports

“It’s a free world, I have no problem with Jose” – Klopp Responds To Mourinho Jibes 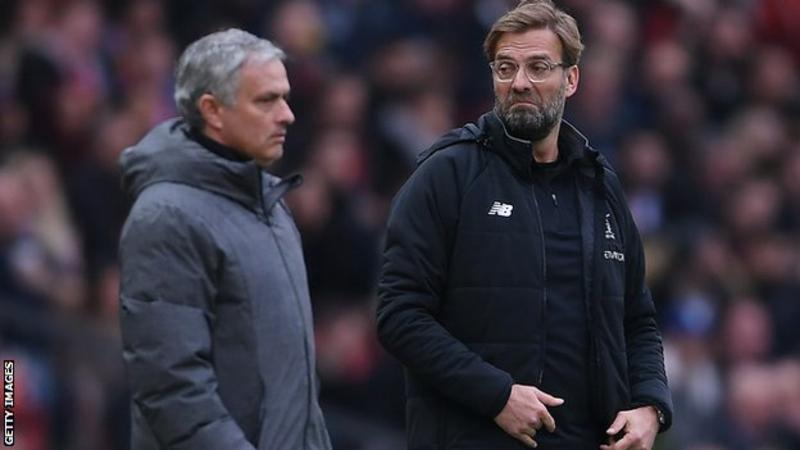 Liverpool manager Jurgen Klopp has quipped that one of his “life goals is to make Jose Mourinho smile” after the Manchester United manager suggested Liverpool “had to win the Premier League” this season.

Mourinho claimed the Anfield club are “big candidates” for the title having spent £170m on four players this summer.

But Klopp has dismissed those comments before Saturday’s meeting between the two sides in Michigan in the International Champions Cup.

“It’s a free world and I have no problem with Jose,” said the German.

“We are responsible for our fans, our owners and nobody else. I am not too interested in Man Utd.”

Klopp’s response follows Mourinho’s suggestion Liverpool will have set a “Premier League record” this season, after spending nearly £250m in the last 12 months.

This summer, Guinea midfielder Naby Keita has arrived from RB Leipzig for about £50m, Brazil midfielder Fabinho has joined from Monaco in a deal that could be worth more than £40m, and Switzerland winger Xherdan Shaqiri has come in from Stoke for £13m.

However the Reds have also raised significant funds, including through the £142m sale of Philippe Coutinho to Barcelona in January.

When asked about Liverpool’s spending, Mourinho said: “I don’t see another team getting close to that level of investment – a team that was a finalist in the Champions League, you have to say are a big candidate. You have to win.”

Asked whether he had to win the Premier League this season, Klopp said: “I don’t think so.

“Do I get the sack if not? Depends on the football we play.

“A big part of the job is to play football that our people like. It happened last year and the year before but now we want to make the next step.

“Our opponents have not slept and they too have brought better players in.”

“It’s a free world, I have no problem with Jose” – Klopp Responds To Mourinho Jibes was last modified: July 28th, 2018 by Damilare Salami