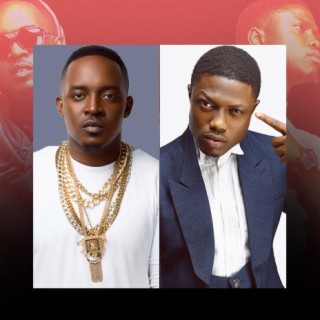 Popular Nigerian hip-hop act, Vector says it is disrespectful for MI Abaga to say rappers in South Africa are doing better than their counterparts in Nigeria.

On his 2017 song, ‘You Rappers Should Fix Up Your Lives’, Abaga had complained that his colleagues were “underperforming”.

The Chocolate City president had said Nigerian rappers were “getting killed” by South Africans.

He rapped on the song: “None of you rappers is real enough/ once you blow up now you’re switching up/ that’s why these fans are not feeling yall/ SA rappers are killing yall.”

In a belated reaction, Vector described MI Abaga’s assertion as a “super lie”.

“It’s fine, you can call rappers wack, you can call them anything but I will stand by it any day any time, don’t wash your dirty linen in public,” Vector said during a Cool FM interview.

“Nobody should come and say that is why South African rappers are killing Nigerian rappers. That is such a huge thing to say. That takes it to another level. That is a super lie.

“Whoever is saying that knows that the South African environment… for example, I am there in SA and giving them bars, and the first thing I hear is where can I buy your music whereas the general public in Nigeria is where can I download your music.

There is a different culture. They have pushed hip-hop to a level where the acceptance is very general.

“No offence, I don’t know what the moves are but the only problem I have with that song is you can’t say that’s why this region is killing this region. I don’t think it should be said. I think it is very disrespectful on a very very next level.”

READ ALSO: WHY I FEATURED SEYI SHAY IN MY ‘DELILAH’ VIDEO – ADEKUNLE GOLD