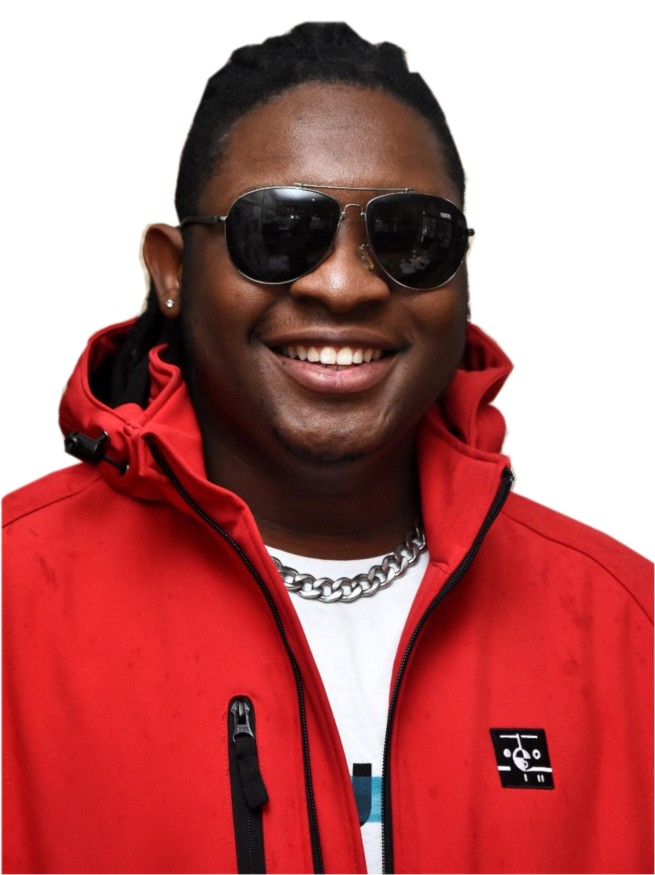 Last week, we published the first part of the interview with Movie Icon, Omotola Jalade Ekeinde’s son, Captain E. Just in case you didn’t know, Captain E is a multi-talented singer, music producer, who just dropped a new single titled “More of Me” and it’s enjoying massive airplays on major radio stations across the country. Not only that, he also accompanied the song with a fantastic video that’s trending heavily on social media. That is one video everyone is talking about right now because of it’s top quality and impecable visuals.

Cute looking and extremely intelligent Captain E whose real name is Matthew Ekeinde III spoke with Editor, WALE LAWAL (08037209290) DAMILARE SALAMI and TOBILOBA OGUNDEJI about the influence his aprents’ fame has had on him and his music.

Your parents are two huge personalities. Your mum is Africa’s biggest movie export, while your dad is one of the country’s most senior pilots. How much pressure did this put on you while growing up?

Yes, there was pressure, not from them, but more from the people around me because, just like you said, my parents are very accomplished people so there is need to match up. And fortunately, the talent is as good as it is and a lot of people are supporting my work. It would be a huge let down if I don’t GROW to be that big. So, yes, there is that pressure and there will always be that pressure but we have to live with it.

Who has always been the stricter of the two parents?

It depends on the issue at hand or the scenario that’s going on.

Give us an instant.

Em, who has always been stricter? Honestly speaking, more of my mum. My dad is very carefree, he’s the more liberal type. Okay, maybe not now, but when I was younger, let’s say I had a couple of friends who were having a party or something of the sort, my mum will now be like, you have to go with the driver. You can’t take a taxi. You have to go with one of the helpers in the house or the guy that works in the house or something. I never went to any party because of that type of stuff. My sister did go to a party where she had the driver and one of the helpers at the time with her all through the party and she got irritated. She was like, you can’t even do anything, these people are just following you around. And that’s always the situation. So, because of that, I never really went to a party when I was much younger. As for my dad, all he’ll tell you is be safe, I’ll call you, then he’ll give you money and say go and have fun.

Who will be more furious if you brought home a female friend say a couple years back?

By all standards, you’re a good looking young man, you have very famous parents and you’re about making a name for yourself and become famous too, how are you dealing with all of the female attention you must be getting at this time?

(Laughs) Honestly, I’m single. I don’t know if I’m searching. But, if the right person comes along, why not? I think that’s like the best response I can give right now.

But you must be getting a lot more attention now, more than ever before, and it certainly must be a bit of pressure for you…

Em, I’m not just necessarily saying this but I think I would like to concentrate on my career for now. To some level, sometimes girls tend to be some sort of distraction. But we’re working, we’re pushing hard, and really, this is the time that we have to put in all the hard work. At the same time, I’m not dismissing the females. If anybody does catch my eye, then, sure, but if not, we just carry on and keep working on the music.

Would you say you’re prepared for the challenges that may come with being famous having watched from close quarters how your mum deals with hers?

No, it doesn’t get to me really. Luckily we’ve been around the camera from a very young age. I know how to handle people. I know how to handle both the positive and the negative comments. I think I’ll be fine and at this point I think nothing can really surprise me. I can handle just about anything fame throws my way.

As someone who wants to bring so much value to the music industry, if there’s a thing you could change about the industry what would it be?

Explain what you mean by structure.

From the production process to even when you are promoting and to the way the revenue is being brought back is, in this part of the world, very messed up. As a producer, I’ve had artistes who come to me telling that, oh, I should make a hit and they’ll give me exposure or something of the sort and I’m like, in the US, this can never happen. Let’s even say that you do make a hit, most people don’t even know that there are contracts you have to sign, not one, not two. There are contracts about royalty, copyrights, who owns the rights, how much percentage do you hold and stuff. Let’s even say you now finish that and you want to start promoting, this is the only part of the world where I know that sometimes you want to promote and some radio hosts will expect that you pay them some money before they play your songs, when in fact, in other parts of the world, it’s the other way round. In the states, if they play your sings on the radio they’re supposed to play you. But in this part of the world you have to pay them. And to be fair, I haven’t had anyone directly tell me that, okay, for playing my song I should come and pay them some amount of money, I haven’t had anyone directly tell me that. But I have heard about it happen a lot. It’s something I’ve told myself that the higher I go, it’s something that I plan to challenge but you can’t blame them too because even they don’t make enough money from their own job sometimes. So, it’s just the industry as a whole. The structure is messed up to a point where people that are supposed to help you now end up doing something worse.

Your mum is a pretty famous woman. Is there a way that has rubbed off on your career?

Yes, it has. When I started taking music seriously, there’s this thing I didn’t like. Whenever I was in the news for whatever reason, the first thing you see there is not Captain E, it’s somebody’s son. It’s a shadow and its naturally hard getting out of that shadow and becoming your own person but we’re working towards that. So, there’s always going to be people referring to me as her son. It has its own positives because you go to places and people already know who you are. It makes it easy for me to do things with people that it may have taken me forever to meet and get things done with because of who she is and because of who I am. I mean, it does have its negative and positive sides.

How did you guys cope with not having mum and dad home with you for several weeks while you were growing up? And how did that shapen your growing up?

It was fairly okay for the most parts. I mean, the only times when you get to ever notice is those days when we had what we called open days. They tried their best, we knew work took them away from home most times. But that’s about the only time you really get to notice. In my house, we all got matured very fast, mentally. So, the older we got, we just realized it is what it is.

What sort of reaction do you get when you tell people you’re Omotola’s son? How do you deal with it because I know there would be times you would not want to tell people who you are and prefer that they relate with you based on what you’re bringing to the table?

Honestly, if you don’t know I would never tell you. I don’t think I have ever really told anybody I was her son unless you already knew. So, if you didn’t know, you would find out by yourself, that’s number one. Two, the reason why I do that is that most timers, people now go, oh is she coming, let me get an autograph or something, so it’s now less about you, more about her. After a while, it just gets very, very tiring. In primary school, I remember days when it’s my birthday or my siblings, and she’ll bring a cake and all that stuff, everybody now forgets you and starts running towards her and that happens a lot. So, if you don’t know, you don’t know. Some people play it cool, which is always the best way. But if you’re around me and you start freaking out, that means we’ll start having issues, I just won’t be around you. So, yeah, it is what it is.

Everyone still remembers that your mum was into music at some point. She released a single titled, ‘Gba’ back then and it did quite well and lately she has said she is returning to her first love, which is music. Is there some chance you guys could do something together?

Right now, she is preoccupied with other stuffs. She’s working on TEFEST right now and TEFEST is a big project. We haven’t really had any discussions about it but when she’s ready we’ll bring in everybody and make it work.