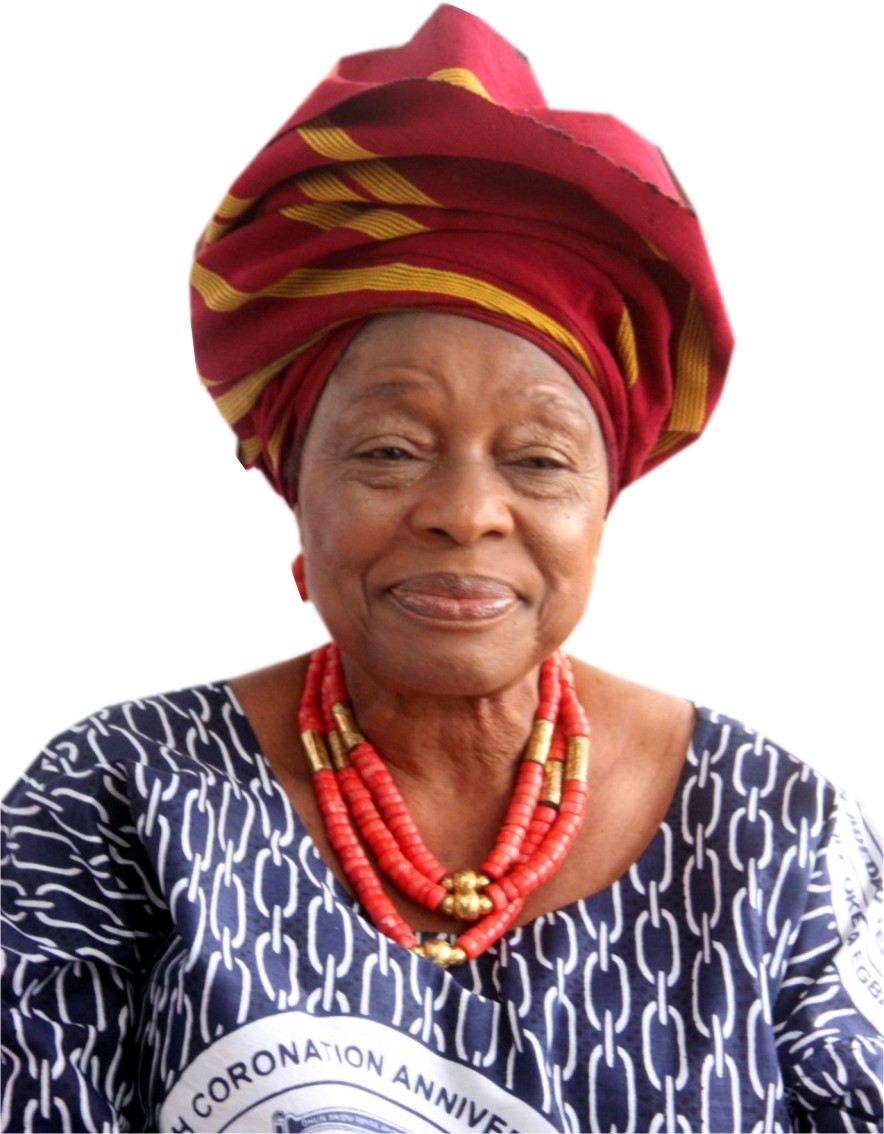 Last week Monday, former President Olusegun Obasanjo, Ogun State Deputy Governor Mrs Noimot Salako Oyedele, music legend, Evangelist Ebenezer Obey-Fabiyi led other eminent Nigerians to celebrate the famous Iyalode of Yorubaland Alaba Lawson on the celebration of her 70th birthday held at the Chapel of Christ the Glorious King, OOPL, followed by a grand reception at the Marquee Olusegun Obasanjo Libary. The event was witnessed by The Who is who in the society considering the celebrant’s role in the society.

The chairman on the occasion, Oba Tejuoso, described the celebrant as a dear sister and a woman in a million, just as he advised her not to relent in her good works and passion for humanity, but that she should be mindful of her old age in all her endeavours.

Former president Obasanjo also eulogised the celebrant, saying that she has indeed enjoyed God’s mercy through extraordinary achievements and a woman of calibre at this particular time of our history. “Though she didn’t go into active politics, all she has achieved is through her doggedness. She can be described as a ferociously dynamic personality. I do tell people if you stand in the way of Alaba and she decided to crush you, you will be crushed. It is our delight to witness the celebration of her 70 years of God’s favour, grace, and beating all odds against her.

“Alaba has no impossibility in her dictionary. She has faced a lot in life. She was even rejected when she was not ought to, but she didn’t take no for an answer. Even me, I learned a lesson from her that even when you have an obstacle ahead of you, regard it as a halt, not a stop. She has never regarded any obstacle as a stop. She has been unique in all her achievements despite obstacles, even becoming the President of NACIMA, there was an obstacle, yet she overcame.

Chief Alaba Oluwaseun Lawson was born on January 18, 1951, she is a Foremost business magnate, entrepreneur and academician, she was the first and only female President of the Nigerian Association of Chambers of Commerce, Industry, Mines and Agriculture, NACCIMA and Chairman of the Board of the Governing Council, Moshood Abiola Polytechnic.  She was installed as the Iyalode of Egbaland by the Alake, Oba Oyebade Lipede in 1999, as well as the Iyalode of Yorubaland by the Alaafin of Oyo, Oba Lamidi Adeyemi in 2008,

Her teaching career started at children house school, Abeokuta, afterwards she left for England in 1973. Initially, her plan was to become a stage play actress, but according to her, as she stepped into Green Park, a particular day and watched some kids playing around, running towards her and hugging her, she held them carefully and something struck a chord in her saying THIS IS YOUR JOB. She wondered which job as she was planning to enrol in a theatre art school because she can mimic anybody and even synchronize her voice to sound like anyone or anything. She got married early.  Until the doctor advised she changed environment, that was why she went to England to have her son Timmy Lawson. She returned home that day and the inner voice tingling and reverberating in her ears, she then began to search for a school that will admit a pregnant woman until she came across Saint Nicholas Montessori Teachers Training College and Albert Hall and the rest was history. She passed all stages with first-class distinction and went for Teaching Practice at Prince Gate Montessori Nursery and I was at Mill Hill Nursery School where she touched so many lives and performed brilliantly well. When she was leaving England in 1975, she was given a testimonial wherein they wrote that ‘’SHE ENJOYS LIFE’’

She started her school in Abeokuta upon returning from England because she was born and bred in Abeokuta, she has never left Abeokuta. She latched on to the opportunity of Ogun State being created out of Western State at the time knowing fully well that all Ogun indigenes that were returning to Abeokuta the state capital would need a standard school for their children and wards. Meanwhile, at the time she was also on top of the beer and cement distribution in the state, she spoke to her husband about getting a place and right location for the school, it was her late brother in law, Chief Adeyemi Olusola Lawson who gave her the property at Oke Ilewo wherein she started the nursery school and in which she built Alaba Lawson Group of Schools, she started the school with eight children and the school has been growing rapidly since then.

She was still into a business while she set up Alaba Lawson group of schools, but her father was in charge of the business, he was so faithful and meticulous with the business. Her father was in charge of the account, she only came in intermittently to cross-check affairs of the business. But when her father was getting older and could not do depot every day as before, she began to weigh options of what was at hand, after consulting with many people, she left the beer business and concentrated in the school in order for her to keep the standard she has always wanted. Chief Alaba Lawson is very disciplined and does not tolerate nonsense, her great virtues are, she is self-disciplined, prayerful with excellent manners.

Her journey to the Nigerian Association of Chambers of Commerce, Industry, Mines and Agriculture, NACCIMA was initiated by her brother in law, Chief Adeyemi Lawson. He was a great mentor, he always asked her if she has joined the Chamber. He was so persistent that she has to go to the chambers office in 1982, obtained the form and enrolled herself.

Those who are close to this High Chief can tell she is in a quitter, even when things were contrary to her plans, she always finds a way out of it, despite many challenges confronting her, because it is a male-dominated chamber. They differ on many issues and she was antagonized on many occasions, but she was able to overcome because she is disciplined and focused. She does not accommodate unnecessary closeness, everything was official, there were series of disagreements to the extent that they had to go to church to sort them out. She started as a floor member, within a few years she got into the exco based on her contributions and in 1995 she became the President of ABEOCCIMA. She felt reluctant to join ABEOCCIMA, but after joining she moved up the ladder of leadership from there to OGUNCCIMA which comprised of five divisions

Everything has worked for this prominent Egba woman. God gave her beauty and brain, God gave her the courage and connected her to the people that matter, she got married at age 17, and she started having kids immediately. Today she is a mother of six well behaved and morally upright men and a grandmother of 14 brilliant and wonderful children.

The then Alake of Egbaland, Oba Oyebade Lipede made her the Iyalode of Egbaland at the age of 48, her mother was of the opinion that they wanted to get her killed, considering the fact that everyone who was made Iyalode are usually old women. Her mother was later invited to see Kabiyesi and Kabiyesi explained to her mom he only needed someone who is faithful enough to run the office and her mom agreed afterwards. The tittle of Iyalode is the Queen or Prime Minister of Women, she fights for the rights of women, mobilizes them for productivity and profiting, she is the Iyalode of Egbaland, Yorubaland, Ago Oko and Oke Ona.

According to her, she feels like a 20-year-old girl and not 70 years. She said she has never regretted anything in her life, her only prayer is that God should grant her the grace to reap the fruits of her labour such that in her old age, she can rest in an armchair and all the kids she has raised both biological and others will pamper her.