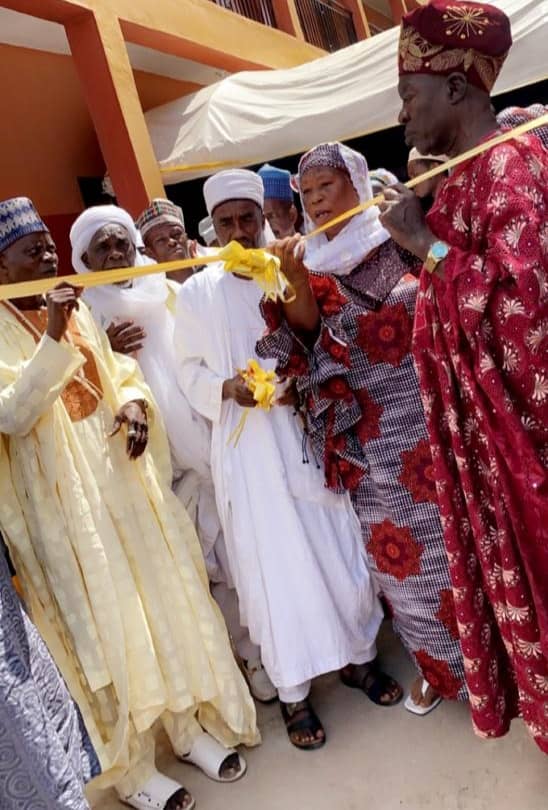 A prominent city lawyer and business owner , Abiola Abdulkareem , popularly known as jagunlabi , Some days ago achieved his long-lived dream and wish to bring an unquenchable joy to the heart of His mother, Alhaja Hafsat Amoke Kareem when he dedicated a 53 Unit mall to the honor of her mother which was also named after her.

The AMOKE PLAZA is situated at the Lebanon street of the Old Gbagi market in Ibadan, the business hub of the ancient city.

The opening of the mall attracted various degrees of dignitaries, friends of Abdulkareem, his parents and various business people within the city .

While speaking at the opening, Barr abdulkareem hinted that the opening of the mall was a historical event for him and his family. He disclosed that the location of the mall was the origin of his parents’ foray into business in Ibadan so it’s a great feat of sentimental touch for his family and a joyous fulfillment of his promise to contribute to the growth of the market and also make his mother proud.

He thanked God and his parents for the realisation of the dream.

Abiola who is the founder of the Jagun Foundation, an organisation saddled with the responsibility of building youths in the area of sports, job creation and welfare promised to do more in the aspect of nation building and helping the needy.

Jagunlabi Opens Amoke Mall for His Mum In Ibadan was last modified: October 13th, 2021 by Reporter