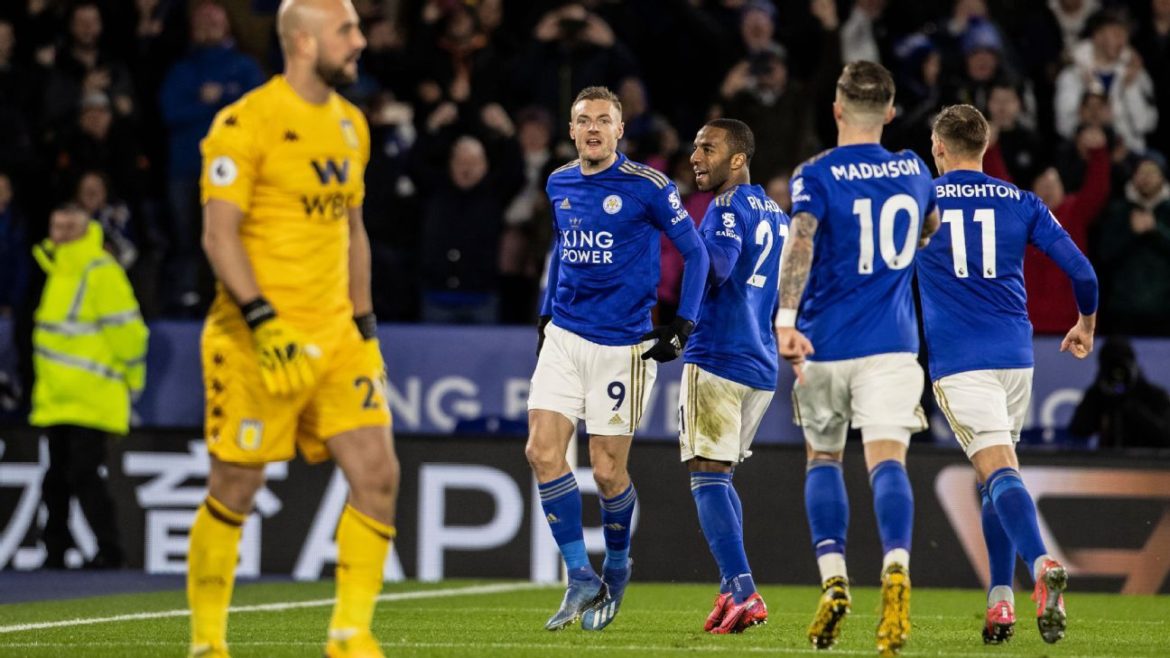 Leicester City manager Brendan Rodgers thought his side looked back to their best as Jamie Vardy ended his goal drought in their convincing win over Aston Villa.

They led through Harvey Barnes’ goal after the winger took advantage of visiting keeper Pepe Reina’s baffling decision to run out of his box.

Vardy’s first touch after coming on was to score a penalty after Tyrone Mings’ handball before he smashed in at the near post – his first goal in 10 games.

Barnes scored his second from a Marc Albrighton cross.

“It was a very, very good win. An important win,” said Rodgers. “The past few games we haven’t been at our level. In terms of attacking, we were much better this evening. After the first goal, we went on and played very well.

“We want to win and early on you could see our confidence wasn’t where it has been. The only way you regain that confidence is hard work and these players have been brilliant. Tonight the intensity was there and we didn’t give away too much.”

Dean Smith’s Villa remains in the relegation zone after a fourth consecutive league defeat and a fifth in all competitions.

“Individual mistakes are costing us. We need to get better at it. Teams capitalise on our errors,” said Smith.