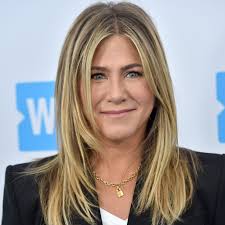 Though she reunited with ex-husband at her birthday bash last weekend, the Friends star will face the milestone on February 12 alone, after her marriage to Justin Theroux failed and many other relationships, such as high-profile romances with John Mayer and Vince Vaguhn, also flopped.

As has previously reported, a source said America’s sweetheart feels embarrass about her status.

“She never thought she would be single at 50, and even though she’s outwardly insisting she’s fine about it, deep down she’s humiliated,” a source close to the ex-Mrs. Pitt told Radar exclusively.

“Jen thought she would be settled into a new relationship by now,” the source added about the actress who has also never had any children.

After her shocking divorce from Pitt, the Horrible Bosses star suffered a second broken marriage, to Theroux.

Aniston and Theroux split just before her 49th birthday in 2018. Since then, she reportedly hasn’t been in a relationship.