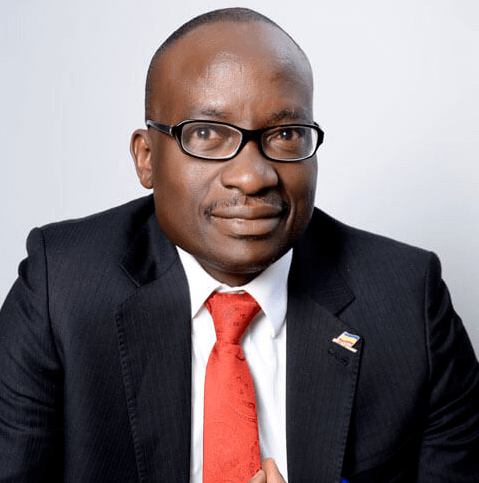 You are working with successful business mogul, Barr Jimoh Ibrahim. How is your working relationship?

Working with Barr. Jimoh Ibrahim has been very pleasant. Our relationship didn’t just start today. It started during our days at the University of Ife, now Obafemi Awolowo University, Osun State. I will say I know him better than what is being reported in daily newspapers and magazines. I met Jimoh in 1986 in University of Ife and we became friends and he accomodated me when I was ejected from the PG room occupied by my brother and he was also staying at the PG Hall (post graduate hall), so our point of contact was when I was ejected from the hall following the death of my brother, who was occupying the room during his Ph.D degree programm. Fortunately for me, Jimoh was in that same hall and for the fact that we had been staying together we became friends. So, when I was ejected, I went to him to squart for 3 months that I had left in the university and he accepted me to enable me graduate  from the university. So, that was the beginning of our relationship and since then, he had saddled me with many responsibilities and I have been doing my job and delivering value diligently and he trusted me with the position. So, working with him is one of the best things that has ever happened to me because when you are working with your friend, as your boss, I think its a good thing but when you are working with a boss who is not a friend, you must be able to differentiate between friendship and boss. But where we miss it, is when you carry that friendship into the working environment. Once you are in office, you give your boss the respect of being the boss and you follow the protocol, but when you are outside office, then you can go in formal with him and be his friend. So, that has been how I have been working with him for over 30 years now and I will say, I have no regrets.

This year marks 31 year of friendshipwith Barrister Jimoh Ibrahim. Is there anything people don’t know about him that you want to share with us?

There are many things people don’t know about him. First, Barrister is a goal getter, another thing is that he does not follow the crowd, rather he follows his heart and at the end, he gets his result. You see, since our university days, he had a determination that he would succeed in life and it was that goal that he set for himself that is making him to succeed in life and making him achieve all his goals. He is a boss of himself as he does not do business with anybody. He is someone, who people need to be close to, in terms of intellectual capacity, and if we have to compare him with other people at his level, he would be the first because at his level, he would still find time to study. He is currently running two masters at Harvard University and Oxford University. Another important thing about him is that anything he gains from where he went to study, he would always give back to the people working with him.  He would call for seminars, conferences and workshops to share the knowledge with his workers.  So, it depends on how you see the seminar, if you want to gain, all you need to do is to take a seat and learn and at the end of the day, you are receiving would master’s degree lectures without travelling abroad. So to me, he is a motivator, teacher, business man and lover of his family.

JIMOH IBRAHIM & I Have Been Close For 31 Years – Otunba OJO, NICON Insurance ED was last modified: May 1st, 2017 by City People

I Enjoy My Role As The Defender Of...