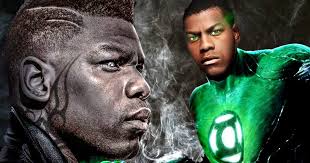 Unlike the case of Nollywood actress, Funke Akindele, Nigerian British actor John Boyega will star as a superhero in the Marvel cinematic universe

Nigerian-British actor, Joh Boyega is not done yet.

First, it was Star Wars then the Pacific Rim franchise, now he will be joining the Marvel Cinematic Universe.

While Boyega has been tipped to replace Wesley Snipes as Blade, he could also play powerful Doctor Voodoo or heroic Black Goliath, depending on Marvel’s preference.

During his appearance at Awesome Con over the weekend, Boyega revealed he’s already had meetings with Marvel over a superhero role and he confirms that it is something that will be happening “down the line”.

Marvel is planning 20 new movies after Avengers 4, and unlike the case of Funke Akindele-Bello, John Boyega will be a superhero very soon.