Jonathan Gave Me The Money Found In Ikoyi Flat, NIA DG defends self at Osinbajo Panel 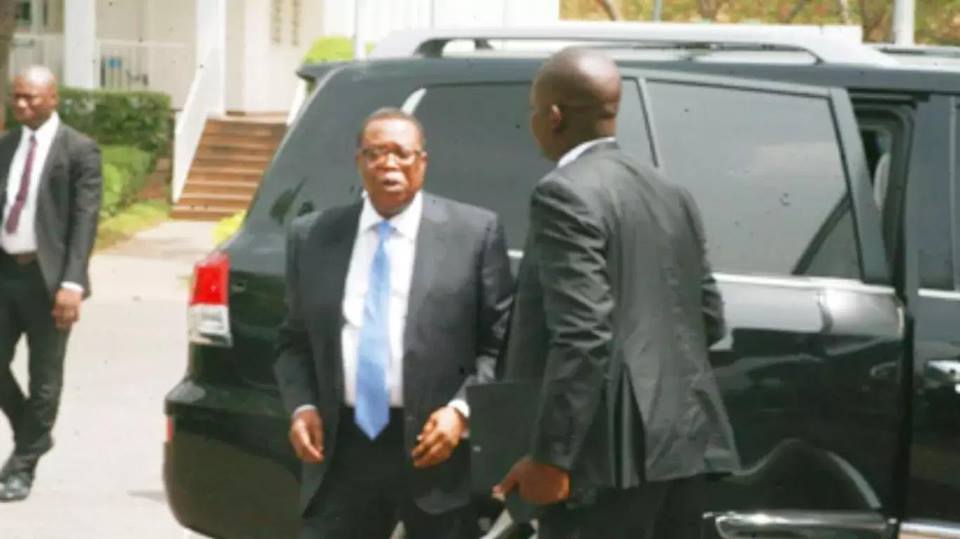 Indications emerged on Monday that suspended Oke told the panel constituted by President Muhammadu Buhari to unravel mysteries behind the $43 million stashed in Osborne Towers, Ikoyi, Lagos that his agency received the money on the orders of former President Goodluck Jonathan in February 2015.

A source said Oke went to the Villa with memos and other documents relating to the transaction.

It would be recalled that NIA Director General’s aides have been invited by the presidential panel.

The panel headed by Vice President Yemi Osinbajo sat for hours at the Presidential Villa on Monday.

Oke was suspended by the presidency last week Wednesday over discovery of large amounts of foreign and local currencies by the Economic and Financial Crimes Commission (EFCC) in an Ikoyi flat.

The Secretary to the Government of the Federation, Babachir Lawal, was also sent packing unceremoniously over allegations bordering on the award of contract in the Presidential Initiative On North East (PINE).

The panel’s meeting is being held behind closed doors even as at the time of filing in this report. It started about 1p.m and was still on as at 8p.m.

The committee is expected to submit its report next week, tentatively May 2.

NIA had laid claim to the $43,449,947, £27,800 and N23, 218,000 seized by the Economic and Financial Crimes Commission (EFCC) from Osborne Towers, a luxury residential complex in Ikoyi, Lagos, during a raid, raising questions over the integrity of the agency.

The monies were reportedly hidden in safe cabinets inside one of the apartments in the building.

Though detail of the operation carried out by the agency was sketchy, some names were immediately touted as owners of the money and linked to the flat including the former chairman of the Peoples Democratic Party (PDP) as owner of the Osborne Towers, Adamu Muazu; Esther Nnamdi-Ogbue, who was recently relieved of her appointment as Managing Director of NNPC (Retail); Rotimi Amaechi, Minister of Transportation, and a daughter of Tony Anenih, a former chairman of the Board of Trustees of the PDP. They have all distanced themselves from the allegations.

The controversy, however, took a new turn when the National Intelligence Agency (NIA) was alleged to have immediately laid claims to the recovered loot, stating that the monies were kept for a “covert operation”.

Jonathan Gave Me The Money Found In Ikoyi Flat, NIA DG defends self at Osinbajo Panel was last modified: April 25th, 2017 by Reporter