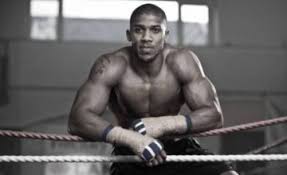 Anthony Joshua had felt like a gust of wind would knock him down ahead of his successful world heavyweight title defence last Saturday, due to a bout of flu, The Independent reports.

Joshua could face Deontay Wilder or Dillian Whyte in his next fight – and there is also the prospect of a bout with Tyson Fury –  after clinically stopping Alexander Povetkin to retain his IBF, WBA and WBO heavyweight titles.

But a debilitating head cold meant the 28-year-old fighter was worried he would not be in condition to perform at Wembley.

“I’ve been ill this last week,” he said. “And you know when you start thinking to yourself ‘these signs are bad’, but I pulled through.

“It hit me last week Friday. I had it over the weekend and I thought by Wednesday it would be gone. But I only started feeling better on Friday.

“It was still there in my head, I had a head cold. I felt like a heavy gust of wind could knock me over. On my way to the stadium, I was thinking I can have one more sleep.

“But I felt this way in training camp and still sparred 15 good rounds, so I’ve got one geezer in the ring who will fade sooner or later, so let’s just get on with it.”

Joshua is looking for an opponent for his April 13, 2019 date at Wembley – and Barry Hearn has warned Fury’s promoter Frank Warren that a 50-50 purse split is not acceptable.