Juju Music is not for Lazy People, Queen Ayotunde Balogun opens up 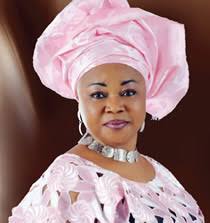 On Tuesday our music columnist Ajike met with one of Nigeria’s legendary female Juju Music Icon Queen Ayotunde Balogun to reminisce with on her life as a female juju musician. Queen Ayotunde Kofoworola Balogun who clocked 60 last year is a native of Ilesa in Osun State. She started her musical career over 23 years ago and born into a family of music lovers with her 89 year old mum still active in the church choir. Queen Ayotunde Balogun had her primary school education at benevolent High School, Martins street, Ojuelegba and Secondary at Victory high School Ikeja before she finally took a correspondent exam in London Royal school of Music and got a diploma. She is the first woman to become the president of AJUMN (ASSOCATION OF JUJU MUSICIANS OF NIGERIA). Today she has over 6 albums to her credit and has become a force to reckon with in Juju music an indigenous music genre that has its root as far back as 1914 and predominantly sang by the yoruba’ s in Nigeria . Please find the below her interview.

I never thought I could go into music. It was one of my friends who cajoled me into music when she said I should play for her during an event she put together for her father.

When precisely did you start your musical career?

Queen did you go for any special training in music?

Yes I did and that is one of the things that stand me out today in my chosen profession. I went to school of music in Martins Street, Ojulegba . I also attended London Royal School of music and got a diploma.

Who encouraged your musical career?

Well I can say Mrs Titi oyenuga was part of those who influenced me but music finally started in me when my big uncle Olu Ajanaku saw me playing at an event in Ilesha my hometown. He later took me to LA’s Club in Ikoyi where I started performing every week.

What was life generally like in LA’s then and how well were you accepted as a juju musician in a male dominated field?

During my performance at LA’s the crowd was always very massive to the extent that you see all the roads getting blocked with cars just to come and listen to my music. Some people come all the way from overseas just to watch me play. At LA’s I was opportune to meet the likes of Governor Asiwaju Ahmed Tinubu who always enjoyed one of my songs which makes him raise his hands in the air every time he hears it.

Also Governor Babatunde Fashola, Governor Rauf Aregbesola, Governor Gbenga Daniel and other top shot business magnates also converge at to LA’s to watch me play. Many a time’s people will wait till very late in the night till I come just to listen to my music. When they see me enter the club they will start clapping their hands.

Will you describe yourself as a socialite?

Growing up in a Christian home made me more of a churchy person. I never thought I could go into music. My husband always made jest of me anytime we go out and when it is late I ask him that I want to go and sleep in the car to wait for him. Later when I took the job of a musician I found myself playing late in the night and even sometimes we drive very late in the midnight because of shows in and outside Lagos. I wasn’t a socialite growing up but now the job has made me one.

You have a very good voice what else do you do with this voice?

I do jingles a lot. I have done several political campaign jingles for Governor Asiwaju Ahmed Tinubu and even Governor Ambode too. I have also ran advert jingles for different companies like Munacom during the days of Remi Olowude and done quite some few for Veleta Drink.

How was it like for you as a musician facing large audience, didn’t you ever feel shy or intimidated?

For me I have been singing in the church taking solo. My mum who is now age 89 years is also active in church music. Coming from this type of background I didn’t have any problem facing a larger crowd.

What keeps you going?

I love to make people happy and see people happy around me. I love it when people tell me that my music makes them happy. These are the things that keep me going.

It is the believe of many that to be a prominent Juju musician you must go the diabolical way to get to the top, what is your take on all of these?

The likes of KSA and Ebenezer Obey were very hardworking and innovative. Up till today they still rehearse and this is why they are where they are today. The younger musicians need to embrace hardwork to get to where these men are today. When I was young I remember watching live performances of the likes of Tunde Nightingale, Ik Dairo they were all very hardworking and focused.

Finally Ma how do you feel as a female musician in a male dominated Genre like Juju Music?

Juju Music is not for Lazy People, Queen Ayotunde Balogun opens up was last modified: June 13th, 2018 by Ajike's Column

Tobi Bakre Reveals What He’s Been Doing After BBNaija

Why I returned to Labour Party –...