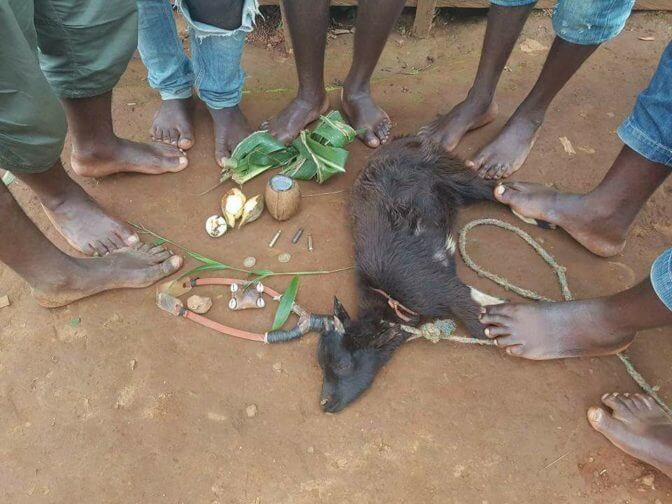 Some men in a bid to become impenetrable by bullet have sacrificed a goat and some other fetish items and shared the photo on social media.

Some Cameroonian men have left many people in shock after photos appeared online showing them sacrificing a he-goat  to perform rituals to fortify themselves from bullets penetrating their bodies. The photos were shared on Facebook.
The men who also had charms and other traditional items have been practicing it for a long time. The social media user who shared this, revealed that he believes strongly in ‘African Magic’ – that’s why he and his boys ‘cooked’ themselves to prevent bullets from entering their bodies. Juju: Young Men Sacrifice He-goat to Make It Impossible for Bullet to Penetrate Their Bodies (Photos) was last modified: September 6th, 2017 by Arinze Ago