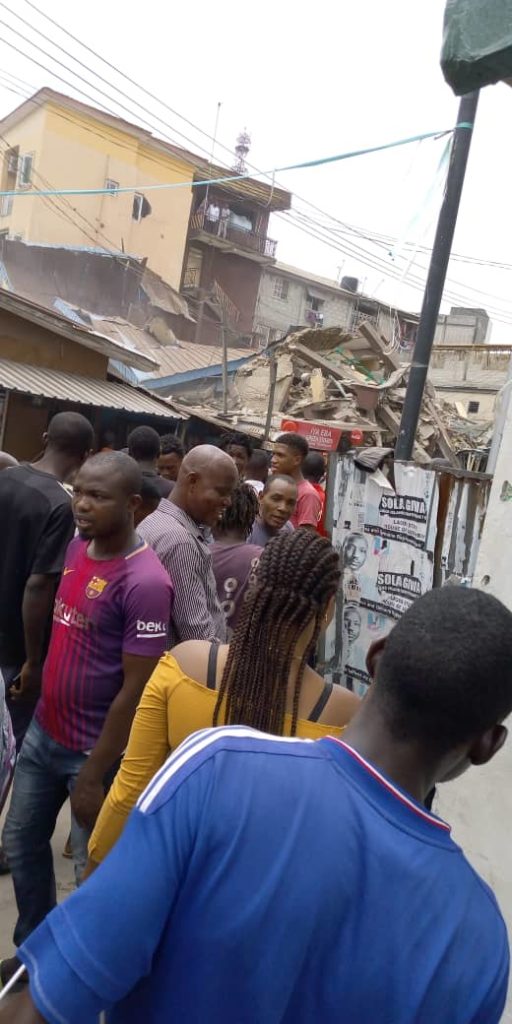 According to a resident of the street, no one was trapped because the building was marked for demolition and occupants had vacated.

The collapsed structure, however, affected a bungalow with three occupants.

READ ALSO: “I DO NOT HAVE FAITH IN IT ANYMORE” POPULAR SINGER, WAJE DUMPS MUSIC