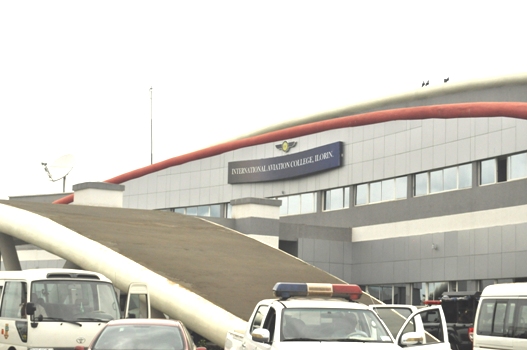 The Diamond plane with registration Number 5N-BNH with two pilots onboard crashed landed at exactly 11:05 am without any casualty, it was learnt on Thursday.

The incident caused panic within the airport and Ilorin Community.

It was learnt that the staff of IAC including the rector and some of the airport workers were on the scene of the incident which affected flight operations for three hours.

The state Governor Abdulfatah Ahmed who was said to be returning from his Abuja trip was delayed as a result of the incident.

As of the time of filing this report, it was learnt that the Accident Investigation Bureau (AIB) has been informed of the incident.

Just In: Aviation Training Aircraft Crashlands In Ilorin was last modified: May 2nd, 2019 by Damilare Salami