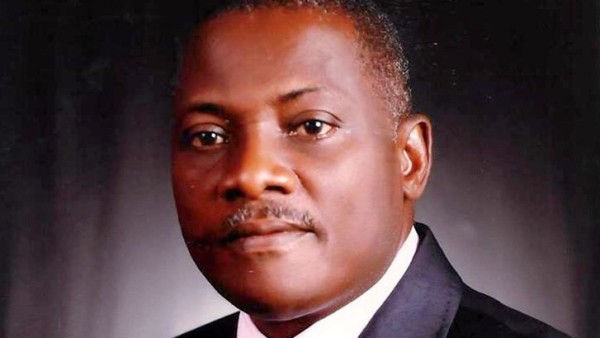 Justice Mojisola Dada of the special offences court sitting in Lagos, on Thursday declared the Chairman of Innoson Motors Nigeria Ltd, Innocent Chukwuma wanted over his failure to make an appearance in court for his arraignment for the fifth time.

Chukwuma, alias Innoson is standing trial in a matter between his company and the Economic and Financial Crimes Commission.

Justice Dada had declared the automobile boss wanted, granting the request of Anselem Ozioko, the lead prosecuting counsel of the EFCC.

The News Agency of Nigeria reports that Innoson had previously failed to make an appearance in court for his arraignment on Jan. 17, Feb. 9, March 14 and April 25.

His failure to appear before the court for five consecutive times informed the issuance of the bench warrant.

During the proceedings of March 14, it was revealed that Innoson had petitioned the National Judicial Council over Justice Mojisola Dada, the judge trying the case.

Ozioko in his submission seeking the declaration of Innoson wanted said: “This appears to be the fifth time this matter is coming up before your Lordship for arraignment.

“The learned Senior Advocate of Nigeria representing the second defendant (Innoson) is still insisting on taking his application without ensuring the defendant is physically present in court.

“What my learned friends, the defence counsel are doing is contemptuous. We shall be applying for an order to declare the second defendant wanted.”

Acceding to Ozioko’s request, Justice Dada said, “The second defendant is hereby declared wanted and the case adjourned until June 22 for possible arraignment.”

Earlier, during the proceedings, Ozioko had informed the court that the anti-graft agency will also be taking some steps to ensure Innoson’s attendance in court on the next adjourned date.

Counsel to Innoson, George Uwechue (SAN) had requested that the court hear his application despite Justice Dada’s declaration that no application will be heard until Innoson is physically present in court.

“At the last hearing, the court maintained its position that it will not take its pending application unless the first defendant is arraigned.

“We were about to cite our position regarding the court’s declaration but we were interrupted by the prosecuting counsel and that interruption led to today’s proceedings.

“Whatever we did that day, we sincerely apologize; we urge this court to allow us to continue our presentation.’’

Prof. J. N Mbadugha, counsel to Innoson Motors Nigeria Ltd, in his submission told the court that he had an application challenging the jurisdiction of the court.

Mbadugha informed the court that he had made an appeal at the Court of Appeal over the case.

Justice Dada, however, maintained her position that the applications of the defence will not be heard until Innoson is physically present in court.

According to the charge sheet, the defendants committed the offences between 2009 and July 2011 in Lagos.

The EFCC alleged that the defendants with intent to defraud; conspired to obtain by false pretences containers of motorcycle, spare parts and raw materials, a property of Guaranty Trust Bank (GTB) from Mitsui OSK Lines Ltd, Apapa, Lagos.

They are alleged to have fraudulently induced staff of Mitsui OSK and Maersk Line to deliver to them via their clearing agents the goods which were imported from China in the name of GTB by falsely pretending that they were authorised by the bank to clear the goods.

The prosecution claimed that the defendants in order to facilitate the fraud forged a bill of lading numbered 598286020 of Maersk Line Limited and 11007950841 of Mutsui O.S.K Lines by knowingly putting a false GTB stamp and signature of the bank staff.

The alleged forgery was in order that the forged documents be used or acted upon as genuine to the prejudice of any person within Lagos or elsewhere.