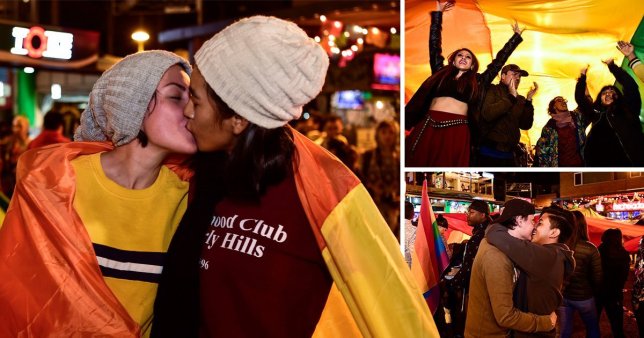 The highest court in Ecuador, on Wednesday, approved gay marriage in a new landmark ruling case seeking to expand LGBT rights in the small and traditionally Catholic country.

The decision by the nine-member constitutional court came on the back of lawsuits by two same-sex couples who wanted to get married.

The constitutional court in Quito, Ecuador’s capital city, extended gay marriage rights across the country after a five-to-four approval vote.

“It means that Ecuador is more egalitarian. It is more just than yesterday, that it recognizes that human rights must be for all people without discrimination,” said Christian Paula, a lawyer at the Patka Foundation, an organisation providing legal advice to same-sex couples in the country.

Other Latin American countries including Argentina; Uruguay; Brazil; Columbia; and Mexico have all given constitutional recognition to same-sex marriages. Ecuador had been dwelling on its de facto recognition of same since 2015.

Although ratified in 2008, Ecuador’s current constitution had defined marriage as the union between a man and a woman and also barred same-sex couples from adopting children.

It’s constitutional court judges, however, said they delivered the new verdict to counter remnant discriminations on the basis that “all people are equal” with respect to its marriage laws.