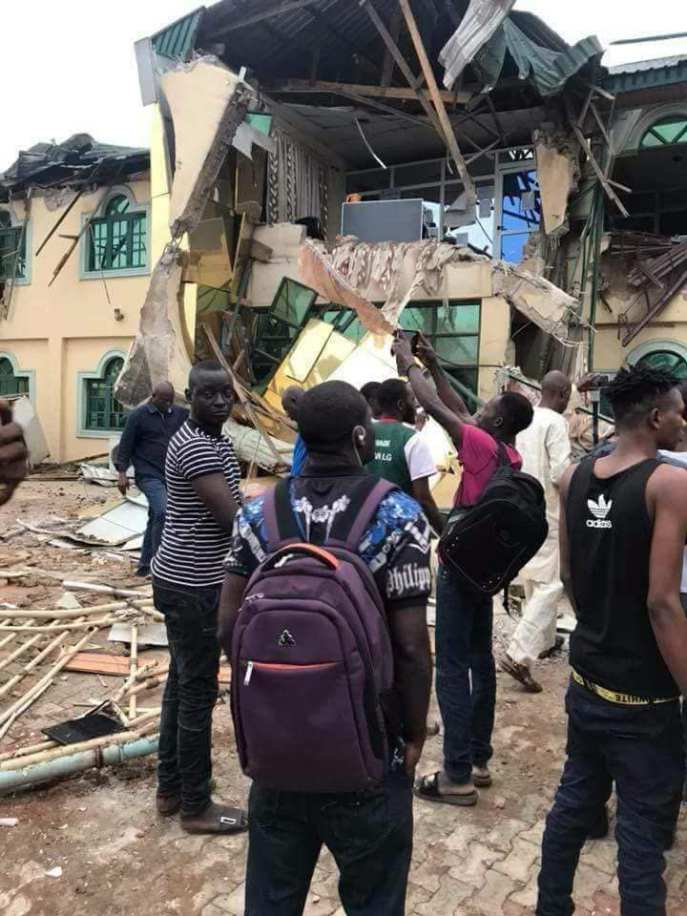 The demolition exercise, PREMIUM TIMES gathered, began a few minutes past 6’o clock in the early hours of Sunday.

The location of the station has been a subject of controversy in recent times, with the management of the station and the Oyo State Government locked in a war of words. The government had warned that it would take down the building.

But on Sunday, our reporter gathered that the demolition exercise began. A staff of the radio station who craved anonymity confirmed the development to PREMIUM TIMES on telephone.

“They have destroyed the building; they have ruined multi-million naira investment,” he said on telephone Sunday morning.

It is not immediately clear whether the Oyo State Government authorized the demolition Sunday morning.

Efforts to reach the Morohunkola Thomas, an aide to Governor Abiola Ajimobi on political matters, were unsuccessful. Toye Arulogun, the state Commissioner for Information, could also not be immediately reached Sunday morning.

The management of Fresh FM is yet to react to the demolition exercise. Multiple calls placed to Akeem Kareem, a top management staff in the station’s Human Resources department were not attened to Sunday morning.

The demolition exercise was ongoing as at press time