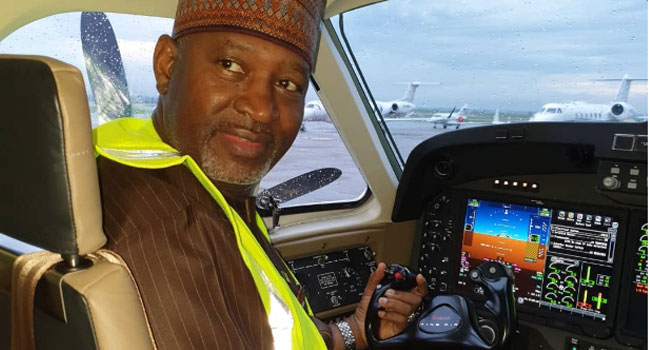 The federal government has bought an $8.5 million calibration aircraft intended to be used across the country for safer airspace.

A calibration aircraft is used to inspect equipment or any other communication or navigational instrument to ensure that they work accurately and precisely.

Minister of Aviation, Hadi Sirika, who announced that he took delivery of the aircraft on Thursday, said it would make Nigeria’s airspace safer.

The minister said Nigeria last had such aircraft 20 years ago. He added that due to the importance of the aircraft, Nigeria was paying $500,000 to South Africa or Niger every six months in order to make use of the equipment.

“Just received new calibration aircraft for the country. (The) make is King Air 350i. Cost is $8.5m,” he tweeted.

“The agony of contracting it to South Africa at about $500,000 every six months is over. Our airspace is safer. Thanks, Mr President, we started and finished during your regime.