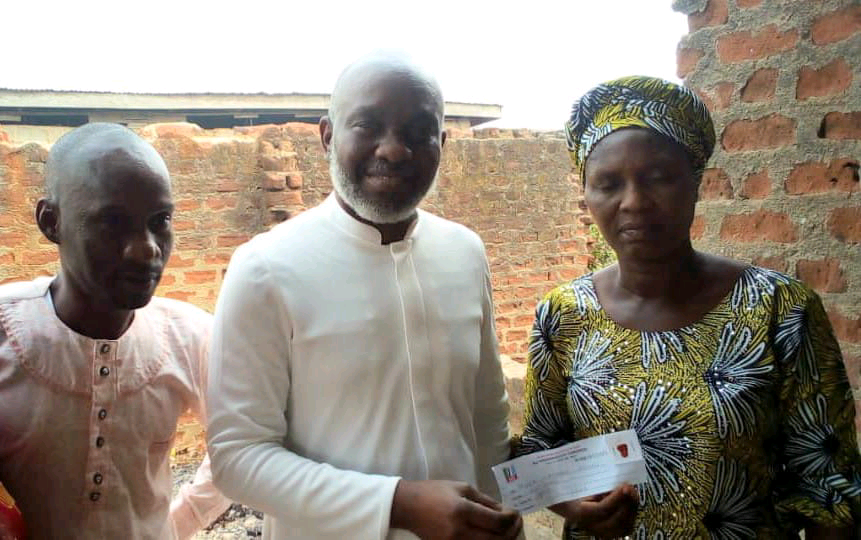 A two time governorship candidate in Ogun State, Rotimi Paseda, has defected to the ruling All Progressives Congress (APC) from the Social Democratic Party (SDP).

Paseda, who had contested on the platforms of Unity Party of Nigeriab(UPN) and the Social Democratic Party (SDP) in 2015 and 2019 general elections, respectively, on Monday registered as a member of the APC in the ongoing revalidation and registration exercise.

He validated his APC membership at Unit 003, Ward 14, Itale, Omu-Ijebu in Odogbolu Local government area of the state, where was registered by his ward chairman, Mrs Osunsanya Idowu.

Speaking to reporters shortly after the registration exercise, Paseda said his decision to join the APC was on the insistence of his followers.He disclosed that he and his supporters would be officially received into the party by the leadership of the party in his local government.Paseda declared that, as an ardent follower of the late sage,

Chief Obafemi Awolowo, he considered the APC the only party whose objectives align with the ideologies of Awolowo.‘I am committed to serving my country and my people, so I have to do what my people want me to do, they have been clamouring and urging me to join APC and quite a few of them have gone ahead of me to join APC and that is what they want me to do and as a leader I have to listen to their calls.

‘I am an Awoist and APC is the only party fashioned from Awolowo’s ideology, but there is no party you join that will give you the 100 percent of what you want.‘I am crossing over now so that I can serve my people better.

I am 100 percent committed to my country, my state and my people,’ he stated.He declared unflinching support to the party both at the state and national levels, saying: ‘I am committed to wherever I am and I will work for the party around me.’Welcoming Paseda into the party, the Chairman of Ward 14,

Osunsanya Idowu, described him as big addition to the party, saying: ‘With his experience in grassroots politics, the defection of Paseda will no doubt increase the winning chances of the party.‘His defection is a welcome development and we are happy to receive him into the party. Aside politics, Paseda is a son of the soil in Omu-Ijebu and he has done very well for the people of the town.‘With his defection to the party, we will be able to more for our people and move the party forward,’ Osunsanya added.

Abuja Based Prophet, Justice Itomo Urges Nigerians To Pray Against Kidnapping Between February And April