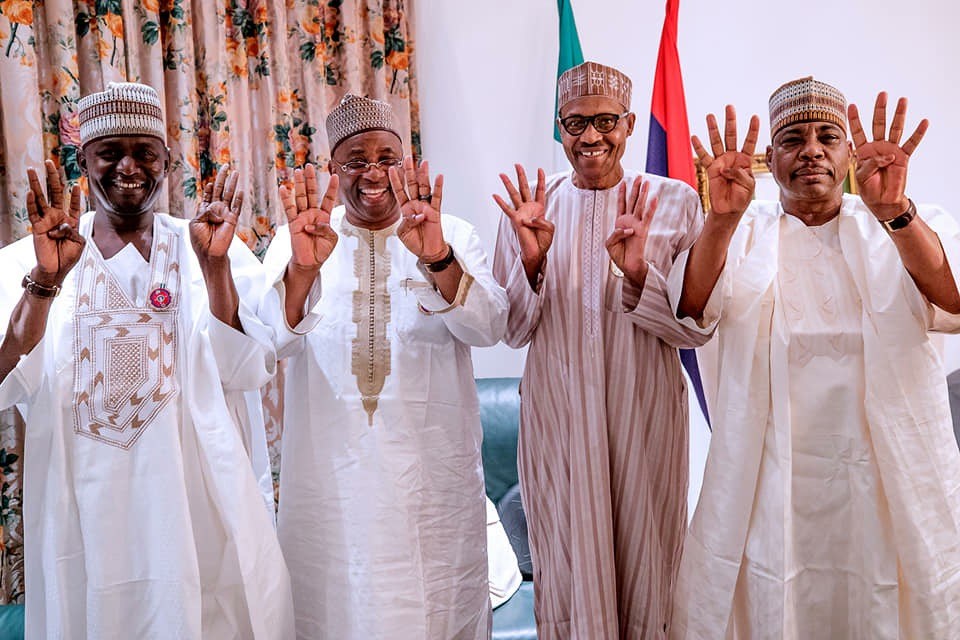 Gamawa was suspended by the PDP Monday over allegations of dereliction of duty and anti-party activities.

The national publicity secretary of the PDP, Kola Ologbondiyan, who announced the suspension, said Mr Babayo was suspended by the National Working Committee.

Mr Adesina posted pictures of Mr Gamawa and the governor of Bauchi state, Mohammed Abubakar, when they visited the president at his official residence.

The PDP NWC held an extraordinary session on January 5, where it reviewed the petition against the deputy national chairman.

“The NWC found merit in the petition on of dereliction of duty and anti-party activity as contained in Section 58 (1) e, f, g, h of the PDP Constitution, ” Mr Ologbondiyan announced.