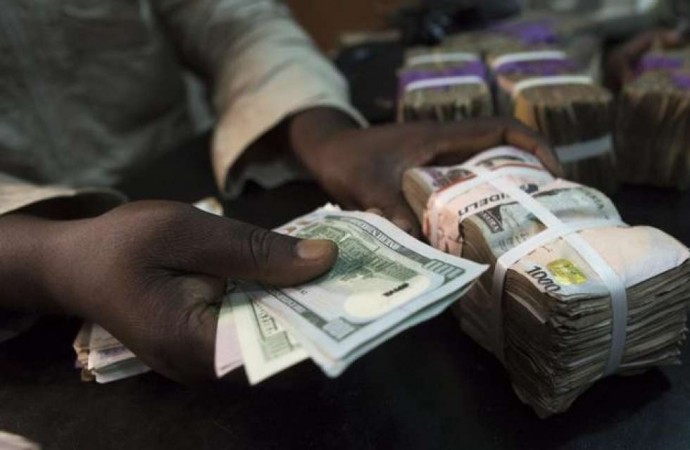 The value of the dollar continued to diminish against the naira as the local currency was traded at N390 to the greenback on Thursday evening in Abuja.

NAN reports that the naira had also appreciated against the Euro, exchanging at N400 while remaining stable against the Pound Sterling at N465.

The last time the naira traded at between N390 and N400 to the dollar at the parallel market was in August 2016.

With the gains made by the local currency in the last five weeks, the naira inched closer to one of the Central Bank of Nigeria’s (CBN) key foreign exchange policy objectives of an exchange rate convergence.

On Wednesday, when the dollar traded for N400, it marked the beginning of true convergence of official and black market foreign exchange rates.

The significant gains made by the naira at the parallel market, according to market analysts, is a reflection of the improved confidence in the Forex market following the sustained dollar interventions by the CBN since February.

A Bureau de Change (BDC) operator, who preferred anonymity in Abuja, told NAN that the gains made by naira over the dollar were due to CBN’s continued flooding of the market with dollars while there were very few or no customers to patronise them.

He said several retail customers who used to resort to the BDCs, which indirectly funded the parallel market, to fund invisible transactions now bought dollars at a lower rate from the banks.

In all, the Central Bank has auctioned a total of $1.9 billion through forward sales as well as targeted intervention for invisibles.

This amount does not include its daily intervention of $1.5 million on the interbank market.

Godwin Emefiele, CBN governor, on Tuesday expressed optimism about the convergence of the Forex rates at the official and parallel markets, stating that the gains made by the naira against the greenback in the last five weeks were not a fluke.

Emefiele said he was happy that the central bank’s intervention was yielding positive results.

“I am happy, indeed very gratified, that the interventions have been positive; we have seen the rates now converging and we are strongly optimistic that the rates will converge further,” he had said.

“In terms of sustainability, I think it is important for us to say that the foreign reserves at this time are still trending upwards to almost 31 billion dollars as I speak with you.

“The fact that we have done this consistently for close to five weeks should tell everybody, or those who doubt, the strength of the central bank to sustain this policy.”

Fayose vows to minimize his criticism of President Buhari