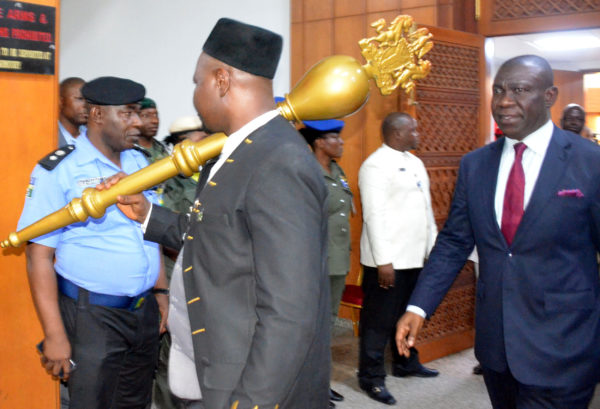 Nigerian police authorities have returned the stolen mace to the Senate.

A Deputy Inspector General of Police (DIG) handed it over to the Clerk to the National Assembly, Mohammed Sani-Omolori.

He has since taken it to the chamber while the spare which was used has been retrieved.

The executive session is still ongoing.

Meanwhile, Senator Omo-Agege who was arrested for allegedly orchestrating the stealing of the mace has also been released.

Details will be brought later as events unfold.

READ ALSO: APC TO HOLD NATIONAL CONGRESS ON MAY 14

The Story Of BBN Naija Star, TEDDY A & His Woman