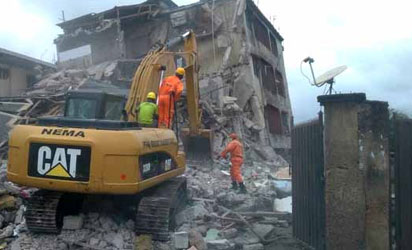 A three-story building has in the early hours of Tuesday, collapsed in Lagos but no life was lost.

The building with 8 blocks of flats along Ilufe road, Alaba International Market, Ojo, Lagos went down after been distressed for too long,  the General Manager, Lagos State Emergency Management Agency (LASEMA), Adesina Tiamiyu, confirmed to newsmen. 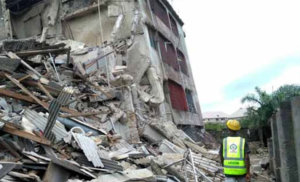