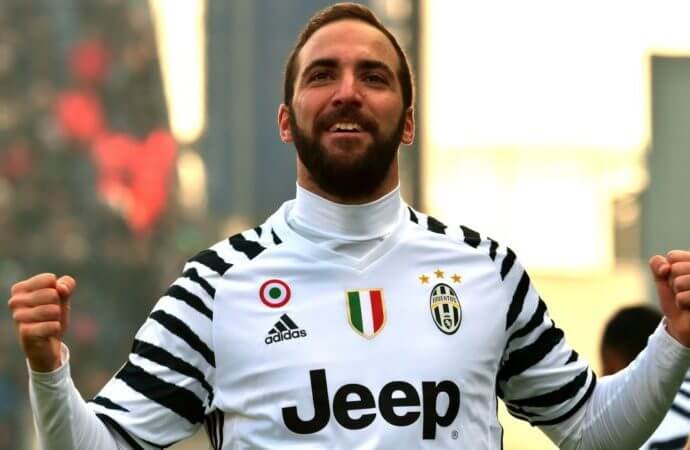 Gonzalo Higuain has taken a swipe at Real Madrid’s demanding fan base, insisting the relaxed atmosphere at Juventus is more enjoyable than at his former club.

The comments come following an incident in which Cristiano Ronaldo was the recipient of boos during Real Madrid’s recent win against Real Sociedad.

Higuain first moved to Europe with Madrid, arriving in January 2007 and winning three La Liga titles while at the Bernabeu.

The Argentine then switched from Napoli to Juventus last summer as the Bianconeri’s record signing at €94 million and has since fired them to the top of Serie A with 15 goals in 21 games.

And he says he instantly recognised the club’s culture of success, insisting he was honoured to have had the Italian champions show their faith in him by paying his release clause.

“Juve are like Real Madrid, they’re teams which teach you to win,” the striker said on Radio Onda Cero. “However, the fans aren’t as demanding as at Real, it’s not in the culture of Juventus fans to whistle their own players.

“The fact that the team sought me out and paid such a high clause can only make me proud.”

Higuain’s former clubs Madrid and Napoli go head-to-head in the Champions League knockout stages, and he had trouble naming a winner.

“I have a lot of affection for both teams,” the 29-year-old added. “Of course [Maurizio] Sarri’s team is changing and trying to improve.

“I have friends on both sides, may the best team win.”

Juventus teach you how to win like Real Madrid – Higuain was last modified: February 2nd, 2017 by Arinze Ago