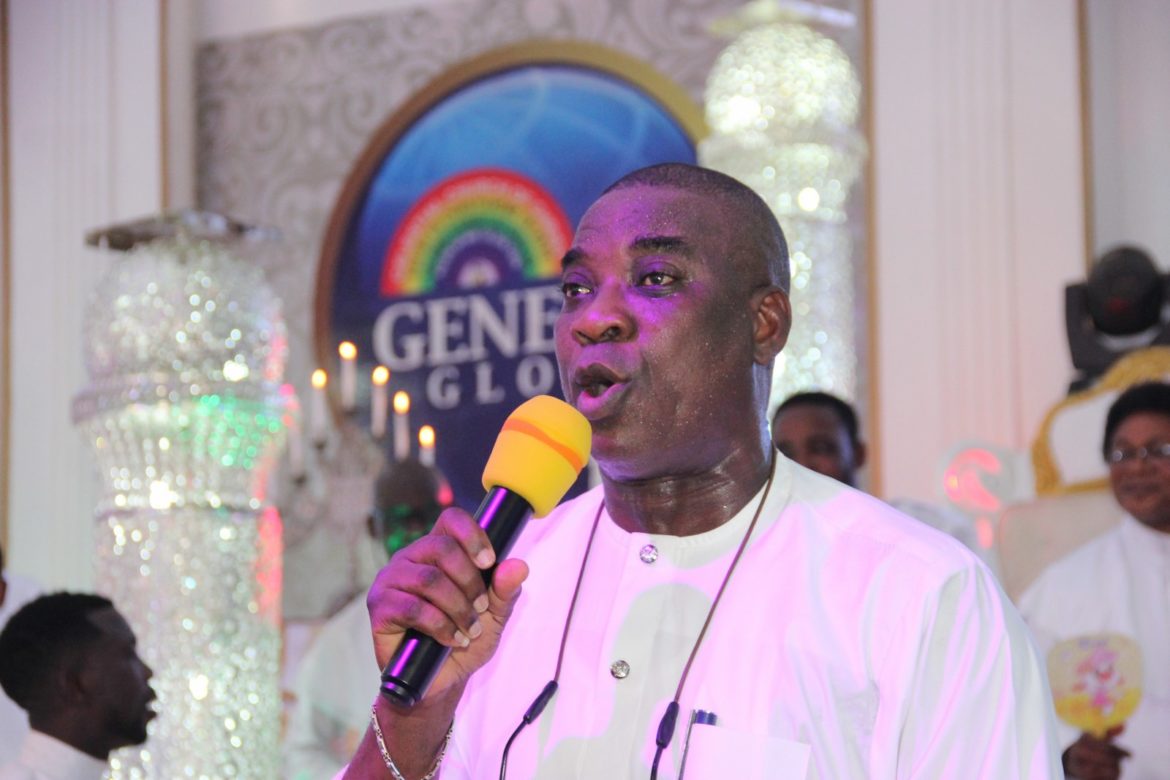 The event was a Big carnival, as over 7000 worshippers gathered to worship God in Truth and in Holiness. The whole Church building, the Church Street and the newly acquired 2 acres of land belonging to the church were filled to the brim, with church members and guests.

Genesis Pastor, Israel Oladele Ogundipe is highly connected and that confirms why several dignitaries from all walks of life stormed Genesis Global Church on this fateful day. The big news was the presence of King of Fuji Music, Alhaji Wasiu Ayinde (K1) a staunch Muslim, at the Church.

Before that day, though there were several videos online, showing K1 confirming his appearance at Genesis come 15th Dec, 2019, many didn’t believe he would come, because of his Muslim fate. Lo and behold, he came. He was there live and direct.

It was the sound of drums by the Church band boys, from outside, that announced the arrival of the Oluaye of Fuji,who came in the company of his management and band boys. When he entered the church auditorium, it became a rowdy sesson, as everyone struggled to catch a glimpse of the super star, to the extent that DIG Abdul Majeed Aliyu, who was at that time addressing the congregation before K1’s arrival, had to pause for a while.

It was as if K1 was already used to the mode of operation of the Celestial Church of Christ, going by the way he composed himself. He had wanted to sit beside CSP Dolapo Badmos, but he was directed to a seat prepared for him in front of the church choir.

The convener of the event, Genesis Pastor, Israel Oladele Ogundele spoke about the love he has for the Fuji King, and how his mother played a vital role in making him fall in love with K1 right from his tender age. He also seized that beautiful moment to officially introduce K1 to his mother. After the introduction, K1 was invited to sing. Like a typical church member, he moved from his seat to the Church prayer altar, where he knelt down and prayed for about 2mins. After the prayer, he took his time to greet all the Elders and officiating ministers’ one after the other before he started his performance which lasted for more than 30minutes. There is no amount of words to qualify the joy that was boldly written on the face of both the Genesis Pastor and K1.

Why I Gave OGOGO A Car As Birthday Gift – LAGOS East Senator, YAYI