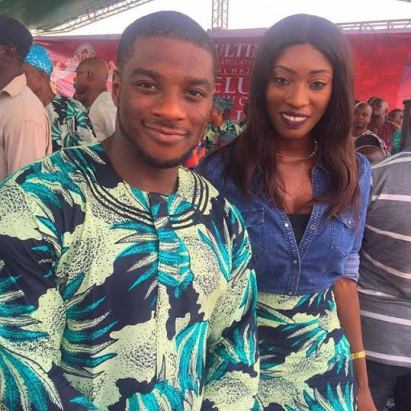 Right now,  preparations are in top gear at the homestead of Fuji star, King Wasiu Ayinde Marshal, as One of his sons, Suleiman Yomade will be saying ‘I do’  to his long time beau.

The wedding which promises to be classy from all indications will take place in September, 2017 and preparations have  already begun.

The elated father K1,who is known for throwing the biggest parties in town, would have loved to celebrate his 60th birthday, but with his son bringing his love home, he will be putting his birthday on hold.

According to sources, the bride is from a good home and they have expressed their delight concerning the marriage of the well mannered and highly cultured Yomade and their daughter.

They are very ready to host the “Ojusagbola family.  Already, as it has been confirmed that the event will host over 5  APC governors while many politicians will also be there to support K1.

K1’s pretty wife, Titi Masha Anifowose will be around to witness the wedding as she is greatly loved by his children.

She is known to put some touch of class to their events. Although Titi likes her crowd small but she is well loved in Lagos Social Scene.

Not many, will forget the grand wedding K1 had for his 3 daughters 4 years ago. The wedding which  shook the whole of Ijebu to its roots has remained unforgettable till date.

Suleiman Yomade is the first son of K1 who will walk down the isle among all his sons and K1 is leaving no stone unturned.

The Engagement gift is not just Unique, but one of a kind.  So, save the date as Yomade brings home his wife to be.