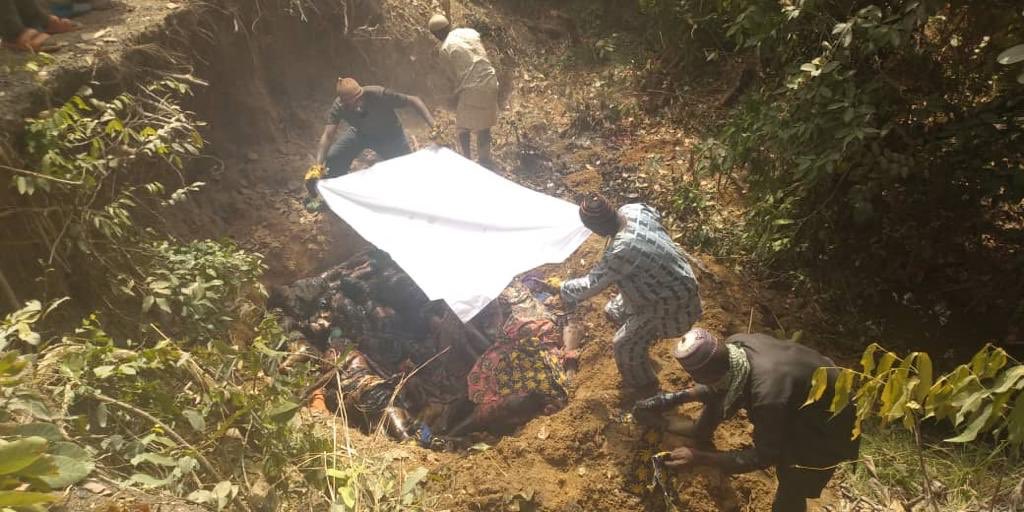 A resident of Ruga Saliu, a community in Kajuru local government area of Kaduna state, Lawal Adamu, says he spent five days burying victims of the attack in the area.

Speaking when some media organisations visited the area, Adamu who is of the Fulani ethnic group, said the attack came as a surprise.

He said people of the Adara ethnic group were suspected of being behind the attack, wondering what happened between the two ethnic groups who lived peacefully for decades.

Adamu said the community lost 131 people in the incident.

“I spent five days burying dead bodies before the governor’s visit, and I can tell you that 131 of my people were killed,” he said pointing to a spot where he said 37 people were buried.

“We are yet to know the whereabouts of seven of our brothers. 37 people were buried here in the presence of security agencies who took the pictures.”

Adamu said he was ready to return to the community “to live in peace again.”

“They came to attack us early morning on the day of the attack. We have been living on peace with Adara people over the years. I am now 39 years old and I have been living in this community since my childhood,” he said.

“We cook together and sometimes they do cook for us during celebrations, that has been the tradition. I grew up to meet that. The only thing is we don’t marry ourselves.”

A lector at a Catholic church in Idon Gida, also a community in Kajuru, Abba Danmori, narrated how he escaped when gunmen invaded his residence at Agwan Barde in Kajuru local government area of the state.

“I just heard sounds of gunshots around 11 pm. I woke up and asked who they were. I never understood what was happening,” he said.

“I just stayed in my room with my wife to see what God would do. Then I heard noise. The noise signified that they (perpetrators) were Fulani. It seems they were chasing somebody and they had not got that person. We heard them speaking their dialect.”

He said some of the victims were returning from an outing when the gunmen opened fire on them.

“Some people coming from a party at Ungwar Para, they never knew that something was happening. Those people rushed them with guns. They too ran away. They entered the village,” he said.

“Within my house, five people were killed, including a pregnant woman. They shot at my door. If you go to my house now, you’ll see how the bullets penetrating. What helped me was that I locked the door on myself. That’s why they didn’t penetrate.”