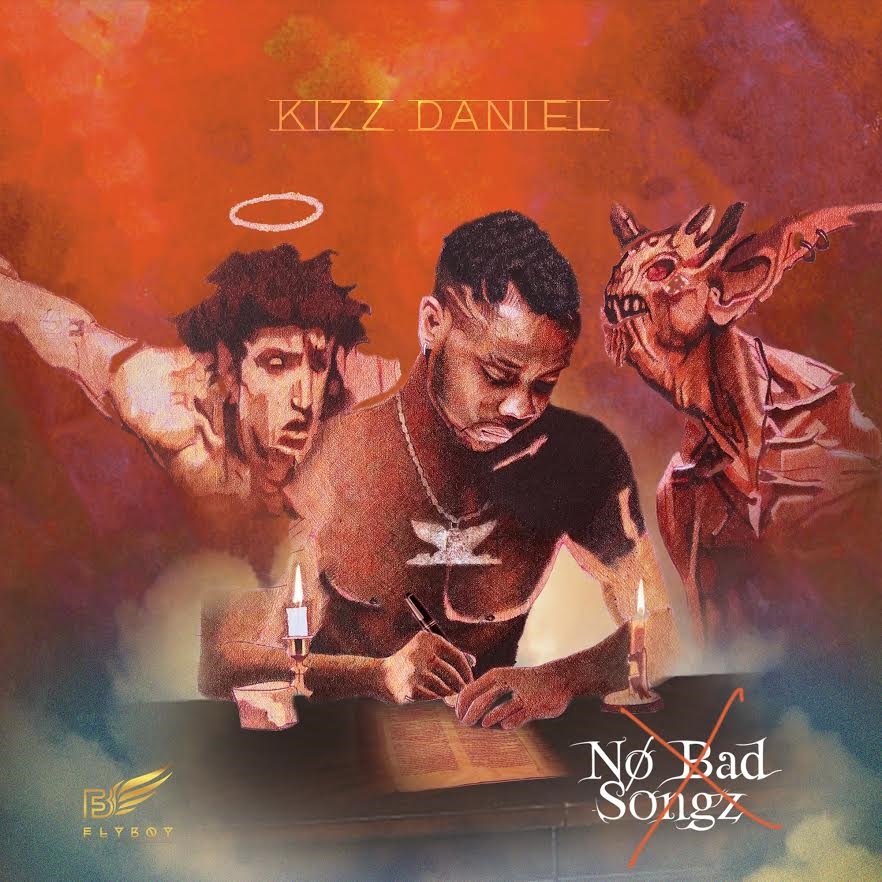 Kizz Daniel who was formerly signed to G Worldwide before leaving to own his own label called Flyboy Inc. Shortly after setting up the label, he signed 2 artistes to the label and they are Demmie Vee and Fiokee. Things were going well until 5th April last week when the CEO Kizz Daniel stormed Demmie Vee’s house with police to get him arrested.

This got fans wondering why Kizz Daniel will do such a thing, then, the news came that he wanted to get Demmie arrested because Demmie was making money but the money didn’t get to the record label’s pocket as it should. Before this time, rumour had been spreading that all was not well between the two. It was clear that since Kizz signed Demmie to Flyboy Inc. he had only posted his song twice on his Instagram page and this was not really a good start according to fans who expected more of Kizz Daniel. Although that didn’t stop Demmie from doing his thing as he kept on pushing himself and getting features and performing in concerts.

It was said that Demmie had signed a joint deal with Flyboy Inc. because he is in HND (Hope Never Dies) Record Label, a South Africa label, not knowing that Demmie didn’t sign a record deal but a management deal with Flyboy Inc. and Demmie’s boss had given 15 million naira to Kizz Daniel after Kizz had promised to do many things for him, like making him big in a matter of months if he was part of the Flyboy Inc. family. But as time went on and nothing changed people began to get curious about who Kizz signed to his label. Demmie, his personal manager and his boss patiently waited and exercised patience and didn’t want to let the cat out of the bag because they felt it’s all about patience. But we guess Kizz didn’t understand that they were not happy with him or he forgot that Demmie’s boss had given him 15 million naira to help his label as they were family already. Yet, he decided to embarrass Demmie by storming his house with police officers.

On the 6th of April Demmie had no choice than taking to his Instagram saying, @iamkizzdaniel!!! With all due respect, you are a traitor @iamkizzdaniel. I can’t believe you took police to me because I asked for a refund of my money. You tricked us and collected my 15 million naira to boost your own shaking career. I wasn’t a struggling artist when you approached my boss for help which resulted in a recording deal/contract and I remember you promised heaven and earth that day. *TIFF* was doing well and was already a big song when you came to beg me to join Flyboy INC not knowing your real intentions. On two different songs, you edited my voice to make my voice sound awful and I still kept quiet and never said a word. (Somebody Dey And You Go Wait) I have the real version of these two songs..you are too fake that the likes of “ Bharry Jay, Philkez, Wickedest DJ Zino, Slizzy, Expression, etc can’t cope with you in space of 3 months. Time will surely tell. I know one day, the world will know the truth of it all. Don’t judge each day by the harvest you reap now but by the seed that plant. *Things may look rosy but Karma is a Tricky thing. #Themorewelive #themorewelearn#hopeneverdies.”

After DemmieVee ran this post on his page, City People decided to make enquires on how everything started and why Demmie was asking for a refund of his boss’ money. When we contacted Demmie’s manager, Life of Definition, he broke down everything as Demmie had said on his social media and promised that we would get to see more on Demmie’s page as time went on. We also tried to reach Flyboy Inc. but no one responded to our calls. Surprisingly, after awaiting Demmie’s new post, everyone was shocked when they read an apology message next on Demmie’s page on the 9th of April, saying “A lot of people complained on (sic) me joining Flyboy Inc. let me make this clear to you all, I never signed a record deal with Kizz Daniel but a management deal. A management deal where I can have someone I am looking up to. We needed proper management after Tiff had blown. And a good team to work with. Kizz Daniel has always been someone I looked up to as my GF in the industry which made me and my CEO decides to approach the FBI for his management deal. Also for us to be able to grow Flyboy together. Kizz has always been a good person to me with a good heart. Am using this opportunity to let everyone understand that am truly sorry for everything this whole drama might have caused the whole Flyboy Inc. management/Team. I will forever appreciate what you guys have done for me. From the bottom of my heart. I am saying sorry. Let love lead. And to all upcoming acts out there, always remember patience is a virtue. #surulere.”

Then Kizz Daniel posted a video of how Demmie had come to apologize to him and he forgave him and dragged him close like a younger brother that made a mistake and deserved to be forgiven.

From the look of things, these two have settled and have decided to work things out. They have both deleted all the drama they had on their different pages on instagram. Kizz posted the song Demmie just dropped on the 11th of April on his Instagram page.