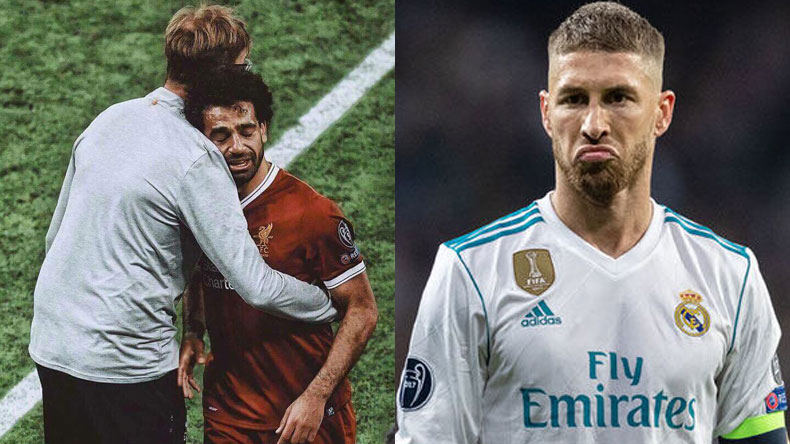 Real Madrid captain Sergio Ramos has told Liverpool manager Jurgen Klopp “some of us have been operating at a very high level for many years – I’m not sure he can say the same”.

Klopp was critical of Ramos after Real’s Champions League win for a challenge on Liverpool forward Mohamed Salah that injured his shoulder.

He said the 32-year-old was “brutal” in his performance in the final.

But Ramos said: “I have no intention of hurting a player deliberately.”

He added: “He will be wanting to explain not winning the final, but it’s not the first that he has lost.”

Klopp won his first final as a manager, the 2012 German Cup with Borussia Dortmund, but has lost his last six – including May’s Champions League final and the Europa League final against Sevilla in 2016.

Salah landed heavily on his shoulder midway through the first half against Real, leading to the PFA Player of the Year being substituted. He later needed surgery on the injury.

Many Liverpool supporters blamed Ramos for the clash, which went unpunished by the referee, and a petition was raised calling for Fifa and Uefa to punish the Spain international.

Klopp also said a challenge from Ramos on Liverpool goalkeeper Loris Karius led to him suffering concussion before making two mistakes in the game.

“When we voted on the best managers I voted for him, so he can relax,” Ramos said.